What Is Cybercrime And How To Protect Yourself 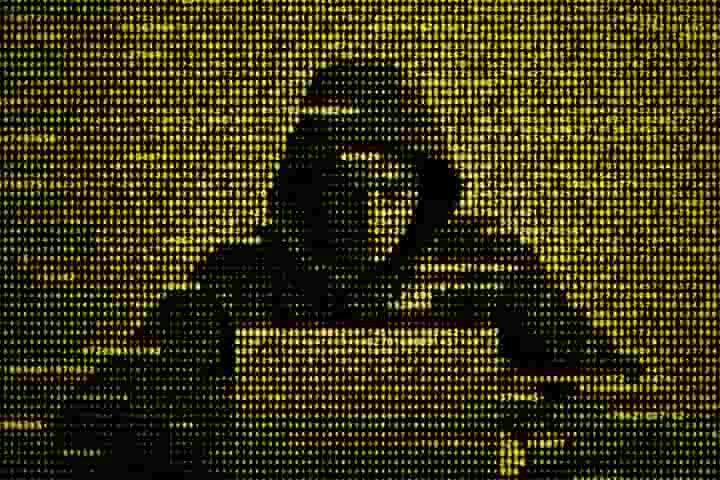 No question about it: computers, smartphones, and the Internet make our everyday lives easier. 60 percent of the world’s population now use online banking, according to a survey. It has seldom been so easy and uncomplicated to do banking. However, the new possibilities that modern technologies have opened up also involve risks:

The ever-growing threat posed by cybercrime is a security risk that not only large companies are faced with. Private internet users and individual consumers can also become victims of so-called cybercrime. But how can you, for example, prevent the misuse of your online bank account?

So that you can continue to use the Internet safely, we will show you where the weak points of modern technology lie and how you can protect yourself comprehensively against the dangers of cybercrime with the right measures.

Definition: What Is Cybercrime?

Cybercrime (also known as cybercrime) encompasses many different technical areas. In general, it is understood to mean criminal offenses that are committed online and for the execution of which the perpetrators use modern information technology. Hence this form of crime is also known as internet crime.

Criminals often intend to gain access to sensitive data and money. In addition to private users and companies, government institutions and infrastructure facilities can also become targets of cybercrime. In these cases, the perpetrators’ motivation is often not a financial one, but an ideological or strategic one. Then one speaks of cyber espionage or cyber terrorism.

In order to implement their plans, cybercriminals try different ways to break into other computers and systems. At the beginning of the computer era, this was only possible by connecting an infected data carrier to another computer. However, global networking has opened up a large number of new channels through which criminals can gain access to computer systems – for example via email attachments or broken links. However, there are many helpful steps you as an internet user can take to protect yourself. We’ll explain more about this later.

Like the technology it uses, cybercrime is constantly evolving. This creates new threats and forms of cybercrime. Here is an overview of the most common risks:

In the following, we explain to you what is hidden behind the individual terms.

As the name suggests, sensitive personal and security data is being “fished” here: Phishing is understood to attempt to obtain the personal data of an Internet user via fake websites, emails, or short messages and thus to commit identity theft, for example. The stolen information is either misused by the fraudsters themselves or sold on to third parties.

A bot is actually an automated computer program that performs a certain action over and over again. However, cybercriminals can also turn one of your devices into such a bot. A botnet is the illegal amalgamation of a large number of systems that can be remotely controlled and misused for criminal purposes. These systems do not only include computer systems or mobile applications. The perpetrators are now targeting all internet-enabled devices, including routers, multimedia centers with internet access, televisions, webcams, smart household appliances such as refrigerators, and even internet-connected surveillance cameras or door intercoms.

One way of using botnets is a denial of service attacks or DDoS attacks for short. In information technology, denial of service describes the unavailability of a service that should actually be available. Although there can be various reasons for the unavailability, one usually speaks of DoS as a result of an overload of infrastructure systems. This can be caused by unintentional overloading or by a willful attack on a server, a computer, or other components in a data network.

Cybercriminals can use malicious software, also known as malware, to gain access to your computer and your data. The programs mostly get into the system of their victims through carelessness or skillful deception. For this purpose, the software is cleverly camouflaged, for example as anti-virus software that warns website visitors of a (supposed) virus. If the user downloads the recommended application, the malware is installed instead of a helping program.

Ransomware is a special type of malware. Either access to the system is blocked or the data is actually encrypted on the infected end systems. The system is only unlocked after payment of the ransom. Often, however, the data remains encrypted even after the requested amount has been paid.

Perhaps the most popular form of cybercrime in the public eye is an attack by hackers. These are perpetrators who – usually with the appropriate specialist knowledge – break into foreign computer systems. However, there are major differences in the motives and procedures used in hacker attacks.

At the moment, the Internet of Things – often called IoT – is becoming increasingly important with regard to cybercrime. In the IoT, objects are networked and can communicate with one another. An example of this is fitness wristbands, but also devices such as refrigerators or lamps, which you can now often control via smartphone. It is useful if all devices are connected to the Internet, but there are also new opportunities for criminals to exploit this network and your weak points.

What You Can Do: Take Preventive Safety Measures

In principle, every internet user can become a victim of cybercrime. However, only in very few cases do perpetrators choose their targets for personal reasons, but rather on the basis of exploitable vulnerabilities and security gaps. Therefore, you can protect yourself well against cybercrime by following a few basic security rules on the Internet:

software updates are a must. This includes constantly updating your software and installing an antivirus program that covers as many types of threats as possible. Kaspersky, Windows Defender, McAfee, and Avira are examples of such protective shields. This brings you a whole lot closer to effective protection against viruses, Trojans, and other malware. Apart from that, you should be careful not to open any dubious attachments or surf dubious sites.

special attention to passwords: Use different (as complex) passwords for different websites and accounts. So-called password managers make it easier for you to save and manage. Here you can also use automatically generated passwords, these are complex and therefore more secure than most of your own, at the same time you don’t even have to remember them.

3. Be Careful In WLAN

On the one hand, it is important to prevent criminals from hacking into your home network. Make sure you have a strong WiFi password. On the other hand, it is advisable, especially in public networks (open WLAN), to encrypt your data traffic so that others cannot see it. Because if you connect to an Open WLAN, the operators can track your surfing behavior and read everything on unencrypted pages.

The HTTPS Everywhere browser plug-in is good protection, as it forwards you to the encrypted version of a website.

4. The Right Browser Settings: Do Not Reveal Too Much Information

Cybercriminals can easily get your personal data via social networks, but also via the internet browser. Therefore, do not rely solely on the privacy settings of your browser, but share certain information carefully and take appropriate security measures. For example, you should regularly delete the history of your browser, because all pages accessed are saved there.