Here Are The New Technologies That Can Help To Stop Coronavirus 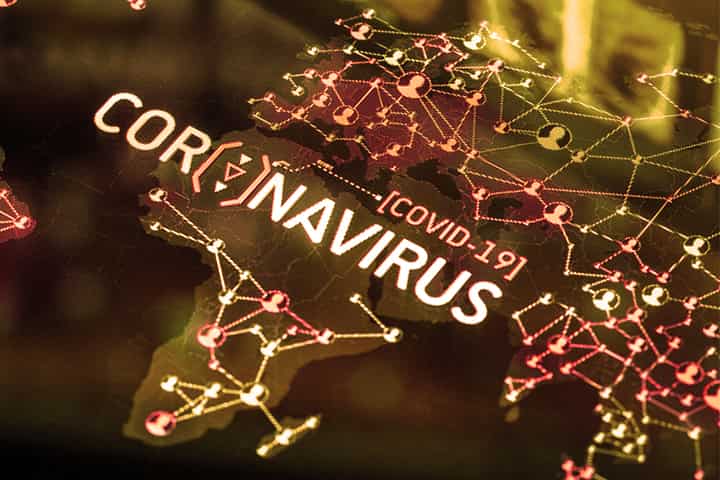 We all know that we are in a difficult situation. It requires acting quickly and trying to take advantage of resources in the most effective way possible. China was the first country to face the Coronavirus and they have been able to equip themselves with one of the best weapons to stop the epidemic: new technologies. The health sector is being the great beneficiary of all these initiatives. Initiatives that have undoubtedly helped to reduce the curve and try to end the epidemic.

“In the battle against Covid-19, there are a number of emerging technologies that have made immense contributions. They have done so in an unexpected, creative and surprisingly responsive way, “said Lu Chuanying, a senior official at Global Cyberspace Governance, a company based in Shanghai.

Helping To Curb The Curve

New technologies have been used to control the spread of the coronavirus, try to find new treatments and to help identify symptoms and those affected without endangering the lives of toilets.

The Pudu Technology company based in Shenzhen (China) has turned its scope of business. Instead of continuing to manufacture robots for the catering industry, it has adapted its technologies and installed its machines in more than 40 hospitals in the Asian country.

These robots and those of other companies incorporate automated processes that avoid contact between people. Among other things, they spray disinfectants, perform diagnostic functions, and deliver packages.

Other major players in the fight against the coronavirus have been drones. These telematically-controlled devices have wandered through the air delivering medicines and making thermal images to check people’s body temperatures. In addition and like robots, they have also served to launch disinfectant in the streets or places of difficult access and even to communicate messages to the population and thus prevent them from leaving their homes.

The artificial intelligence has also been one of the main pillars to curb the epidemic in China. It has been used to help diagnose the virus and try to speed up the development of a vaccine.

Chinese e-commerce giant Alibaba has created a new diagnostic system. Using artificial intelligence, it is able to identify coronavirus infection with 96% accuracy. Jack Ma, its founder, recently announced that he will donate $ 2.15 million for the development of a vaccine through his charity, the Jack Ma Foundation.

China is a country where computer vision has long been implanted in society; facial recognition cameras are something very common in the Japanese country and, of course, something very profitable in this case. The companies in charge of developing their software have adapted them so that they are capable of measuring people’s body temperatures or identifying which ones are complying with protocol measures, such as wearing a mask, and which are not.

These software’s have been implemented in underground stations, schools and community centres in various provinces of the country. Even the authorities of some cities like Chengdu have equipped themselves with smart helmets capable of distinguishing if a person has a fever within a radius of 5 meters, sounding an alarm if so.

Another of the great advances in this regard have been smart masks. They are equipped with electrical devices that have a dynamic filter all the time in motion that cleans the air that reaches our lungs. The ideas go so far that they’re even 3D printing, valves, respirators, and fans. All to solve the shortages of material and supplies that exist in many hospitals.

Also, mobile applications are playing a key role in this. The company behind WeChat, the popular Chinese messaging app, Tencent, has launched an app that tracks people using QR codes and informs you if you’ve been in contact with someone infected with the coronavirus.

Another app, Alipay Health Code, assigns you a colour (green, yellow or red) depending on whether you can freely enter public spaces or need to be quarantined. Related to this, in South Korea, they have gone a little further. They have made visitors who come from outside the country install an application on their mobile phones where they will have to answer questions about their health every day and that, through GPS technology, keeps them monitored to verify that they are in isolation.

Li Lanjuan, the adviser to the National Health Commission, stressed the importance of all this in an interview with Chinese television. “In the era of big data and the internet, each person’s movements can be clearly seen. Making full use of these new technologies we should find and contain the source of the infection.

Of course, it seems that, with all this, they have managed to achieve it. China has started to stabilize and is slowly trying to return to normal. We will have to see if it serves as a precedent for other countries, including ours, to make new technologies their best ally.