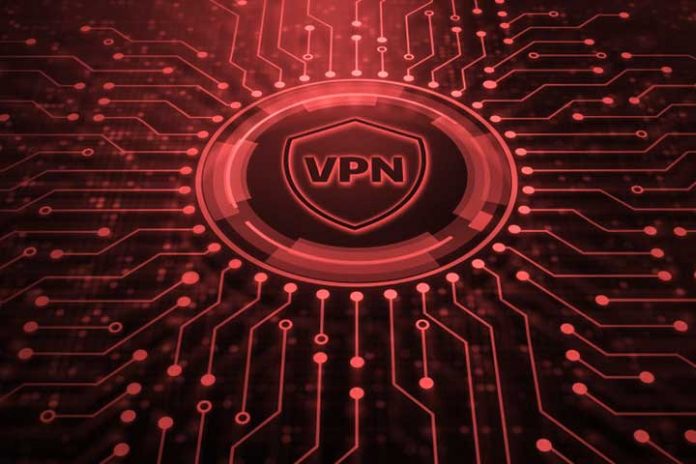 Decentralized working is in trend. Globally, more and more companies are offering their employees to work remotely. To allow them to communicate securely, the use of VPNs is fundamental. The following article will learn how a virtual private network works and what benefits its use promises.

It doesn’t matter whether it’s in a café, at the airport, in a shared office, or the home office: these days, decentralized working is no longer a utopia. Correctly implemented increases flexibility, profitability, and efficiency for both workers and companies.

That is why every additional IT security measure that is introduced, which guarantees secure remote access to company resources, encrypted traffic, or protected VoIP telephony when working on the go, is advantageous – such as the use of a virtual private network (from the English “Virtual Private Network”), abbreviated VPN.

Protected data communication thanks to encryption!

A virtual private network is a virtual, self-contained network that uses the web as a medium and allows encrypted and targeted data transfer between two or more network end devices.

In this, encrypted tunnel connections are created between the participants using encryption and tunneling protocols, which guarantee the confidentiality, integrity, and authenticity of the transmitted data and protect them from access, modification, or misuse by third parties.

The most well-known encryption and tunneling protocols include:

Virtual private networks are now used in many areas.

Depending on the usage scenario, however, they have to be implemented differently to comply with the specifications for digital security.

In general, a distinction is made between 3 different types of virtual private networks:

With a site-to-site VPN, companies can connect numerous company locations, branch offices, or branches. In this respect, devices such as servers, network hard drives, and VoIP gateways can be reached from both connected locations. With a site-to-site VPN, the endpoints send and receive standard TCP/IP traffic through a so-called VPN gateway, responsible for encrypting the outgoing data traffic. The data exchange is then sent through a VPN For Windows tunnel over the Internet to a corresponding target gateway, which decrypts the content and forwards the data to the appropriate endpoint within the private network.

With end-to-site VPN, companies can allow their remote employees to access their business network remotely. A VPN client provides the virtual private network tunnel to the local network on the external employee’s endpoint. The web is used as a medium. This enables employees to access the company network and thus data and e-mail servers and selected company applications via any Internet connection.

Today, numerous companies are using Virtual Private Networks to connect their corporate locations and provide their remote employees with reliable remote access to the company’s internal resources and applications.

The benefits speak for themselves: Because Virtual Private Networks can

1. Protect against spying and identity theft!

Businesses can effectively avoid cyberattacks by using a VPN, as long as the Virtual Private Network client ensures that only secure connections are accessed. If a VPN connection is interrupted, no new connection is established that could be readout.

Especially when working remotely, VoIP communication (please also note our contribution …) is a blessing. By using VPNs, the voice packets of Voice over IP telephony can be transmitted securely over the web, ensuring tap-proof company communication.

Due to the decentralized activity, more and more end devices – often also employees’ devices – are included in the company processes. By using VPNs, companies can minimize the risks and allow their remote employees to communicate without risk.

Increasingly, remote workers use freely accessible WLANs provided by hostels, bars, or other hotspots for convenience. Unfortunately, freely accessible hotspots are, in fact, public and not secured at all. By using Virtual Private Networks, companies can protect their data transfer from eavesdropping or spying, even when using public hotspots.

Also Read: VPN Briefly Explained: This Is Why Everyone Should Use A VPN