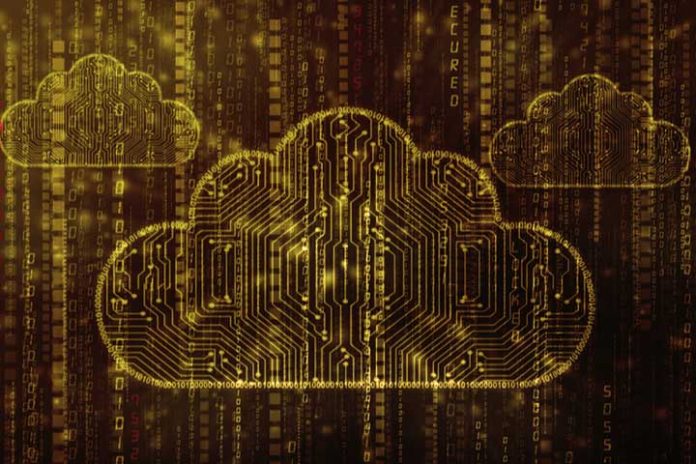 The introduction of new technologies often comes in waves. This also applies to the cloud. The third phase is already imminent – ​​withdrawal from the cloud.

New technologies often experience a real hype phase at the beginning of their development. Whether it’s the Internet, mobile phones or modern collaboration tools, early users and marketing strategists are quick to talk about numerous new application options and innovations as well as more convenience. In the case of the cloud, it was primarily consumers who initially used the new approach. Web-based email, storage or chat offers are still widely used today. In business life, it was mainly start-ups who were enthusiastic about the public cloud. Many of the traditional companies, on the other hand, rely on the private cloud.

In both cases, companies were lured into this first cloud wave by promises of cost savings and business agility. As the cloud became more widespread, providers began to differentiate themselves with a variety of services and specialisms.

For example, AWS provides an e-commerce offering particularly suited to applications that need to integrate with retail supply chains. Azure specializes in traditional and database-driven applications and primarily supports apps built with Microsoft technologies and toolsets. Google, on the other hand, caters to developers by encouraging experimentation and innovation around the latest protocols, platforms, and services.

This triggered a second wave of clouds that led to the current multi-cloud environments. Each vendor provides slightly different applications, and organizations respond by choosing the optimal cloud for each application. According to F5’s State of Application Services Report, most companies are already running their applications in two to six different public cloud environments.

But companies that use applications in the cloud for a longer period of time are increasingly seeing rising operating costs that can squeeze profit margins and anger investors. Often referred to as “cloud repatriation,” there is a significant percentage of large enterprises that, in the third phase, are migrating cloud-based applications out of the public space and back into the data center. Usually they keep these apps running in the private cloud. 86.5 percent of the companies operate one on site. The main reason for these different phases is the cost factor. Costs are the focus

Businesses want to maximize the return on their application investments. As they go through the phases of digital transformation, the number of applications in the company portfolio often grows exponentially. Then, however, cost becomes a significant barrier to expanding the digital capabilities that users today expect for greater convenience. So every application must pay off in the form of either higher productivity or greater profit.

A closer look at the enterprise app portfolio reveals that a large proportion of the applications in the service – and thus in the public cloud – were not designed to take advantage of the economies of scale inherent in the cloud model. Most of the applications in operation are based on traditional architectures and not on the containerized model, which is much better suited to the cloud.

Applications developed using modern architectures are generally better able to realize the potential cost savings of cloud computing. Cloud-native architectures focus on disaggregating workloads based on breaking down business functions into smaller, more discrete functions, often referred to as microservices. You can therefore make better operational use of the economies of scale of the cloud. Your resource consumption is significantly lower on the scale of a cloud-native application compared to a traditional application. Because only the business functions in demand are scaled – and not all. For example, a large retailer recently replaced 200 siled and redundant applications with a single microservice, fulfilling the same business function. This has reduced complexity, improved reliability and reduced costs.

In addition, cloud-native architectures are significantly more portable between different cloud instances. As a result, companies will be able to use the price difference between the various cloud offerings in the future and thus achieve cost savings. Investing in application services and architecture that can work in any environment ensures smoother migration from one environment to the next.

When organizations leverage a consistent set of application services that are decoupled or loosely coupled to the underlying infrastructure, a significant source of costs associated with cloud computing is also eliminated: cloud-specific tools, services, and skills. This means that they no longer have to use their own solutions for every cloud provider and have the necessary knowledge available. Instead, they use unified services across different apps and cloud offerings.

The following theoretical example shows the concrete advantages. Suppose a company has a cloud-native application that was prototyped on AWS. The developers integrate AWS application services XY and YZ. The application has been successfully tested. So it goes live and starts serving traffic and customers live. As the functionality of the application grows over time, the company realizes that some of it needs to be deployed in Azure. The same application then still requires XY and YZ, requiring developer and DevOps teams to spend time deploying, configuring, and maintaining these Azure-specific services.

At this point, the company has already witnessed the first two phases of cloud adoption – migrating to the cloud for greater agility and moving to multi-cloud. The company also has the necessary expertise and experience in managing cloud-native applications. The calculations for economic efficiency now speak in favor of migrating the application either partially or completely to the company’s own data center. With this, the company is in the third phase of cloud adoption and takes over the provisioning, configuration and maintenance of its on-premises application services.

Cloud providers will no doubt respond to this third phase with new services. This will prompt companies to move back to the public cloud, ushering in a third spike in cloud adoption. Overall, this means: Ultimately, almost every organization operates in a rather haphazard hybrid multi-cloud model. Some experts expect that the cloud repatriation trend will only accelerate this phenomenon.

For companies, this means they shouldn’t be driven by cloud fads. A better choice than a wavy “all or nothing to cloud” approach is a strategic approach that sees organizations investing in the right application services to enable the best solution for every business decision going forward.

It should be noted that in the course of today’s extremely dynamic economic conditions, the optimal solution can change at any time. What should currently run on-premises can be optimal tomorrow in the public cloud – and the day after tomorrow in the private cloud. Instead of having to switch to a new application each time, the same app can be seamlessly migrated to all three environments as needed, if the corresponding application service allows it. Parallel operation in hybrid environments is also possible. This gives companies the flexibility they need to use the best solution at all times.

As with the ebb and flow, there are always regularly alternating technology cycles. This inevitable development is laid out in many theories, for example in the S-curve of innovation. The cloud is subject to the same waves. In the last ten years it has already experienced two very strong phases. It seems that a third is culminating, only to be followed by a fourth, and so on and so forth. Therefore, companies should use application services that allow them to freely move an app between all environments.