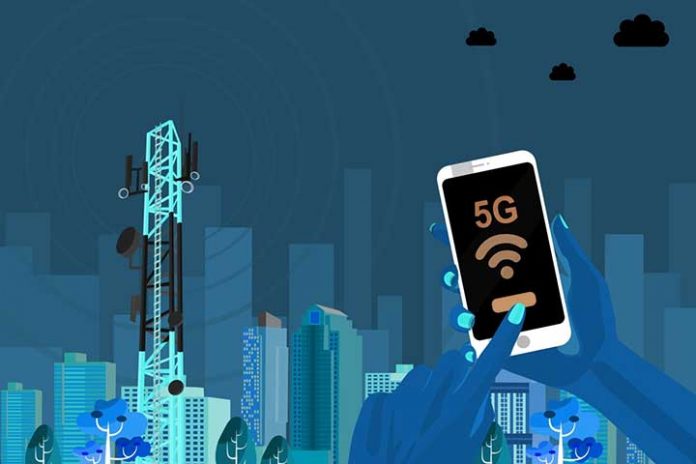 Although up until a few years ago people lived completely without flexible data volume, today mobile end devices without mobile Internet access are unimaginable. In order to be able to use mobile data volume on smartphones, tablets, laptops etc., different mobile radio technologies and mobile radio standards are now used, for example GPRS, EDGE, UMTS, LTE and 5G. In the following article you can find out what the various mobile phone acronyms mean, where exactly the differences are and which mobile phone standard seems to be the current one.

Portable use of the Internet has become an integral part of our current day-to-day business. Whether answering business e-mails, processing customer inquiries or organizing appointments: Thanks to the increasing spread of time-independent and location-independent working methods, increased use of dynamic end devices and the variety of innovative office and productivity mobile apps, it now seems commonplace in a number of companies to use mobiles while on the go to act online.

But mobile Internet is by no means simply mobile data volume!

The goal of the new mobile communications standard is to surpass its competencies as well as the goals of its predecessor LTE (4G) and to set innovative standards in terms of data speed, latency period, device density, availability, energy efficiency, durability and data security. This means that the new mobile communications standard goes well beyond digital telephony and fast mobile Internet. On the one hand, this is seen as a response to the global increase in data traffic, which is being driven by the Internet of Things, a number of streaming services, and big data. On the other hand, it sets the direction for the mobile gigabyte world.

How does 5G differ from its predecessors!

Compared to our predecessor standards LTE (4G) and UMTS (3G), the new mobile communications technology offers high data rates of ten gigabits per second and latency times of less than one millisecond. This makes real-time communication between people, devices, machines and things possible for the first time. To extend the range, 5G supports a significantly larger spectrum and for the first time new technologies are incorporated such as:

What are the advantages of 5G?

The advantages of 5G compared to LTE are obvious.

Compared to LTE, consumers benefit from:

The ancestral gallery of mobile communications

Retrospectively, a fresh, decisive generation of mobile communications is developed and introduced every decade or so. It all started in the 1980s with the first generation of mobile communications. This was still the analogue cable network, with which one could only speak on the telephone. In the early 1990s, the very first digital cell phone network was developed using a GSM standard. In addition to telephony, mobile data transmission could now also be implemented using the mobile radio standard.

However, this took an extremely long time, which is why GSM was first expanded with the mobile radio standard GPRS and then with Edge, which was able to transfer data faster. In 2000, the third mobile generation was introduced with the corresponding UMTS standard. With the new mobile communications standard, it was finally possible to be mobile online. With the introduction of LTE Advanced in the 4th edition, the innovations of the 3G network were improved again and it was possible to transfer even more data. The fifth generation of mobile communications, on the other hand, is no longer just an evolution of the previous mobile communications standards. Due to high data rates, short latency times and a higher frequency spectrum, it is an important driving force for the coming digitization.

The course for the gigabit society has been set!

With this rapid development and spread of mobile phones, tablet PCs and laptops, portable data communication has become increasingly important. Every previous generation of mobile communications has enabled new applications that have enriched and changed life.

Also Read: What Can 5G Really Do?