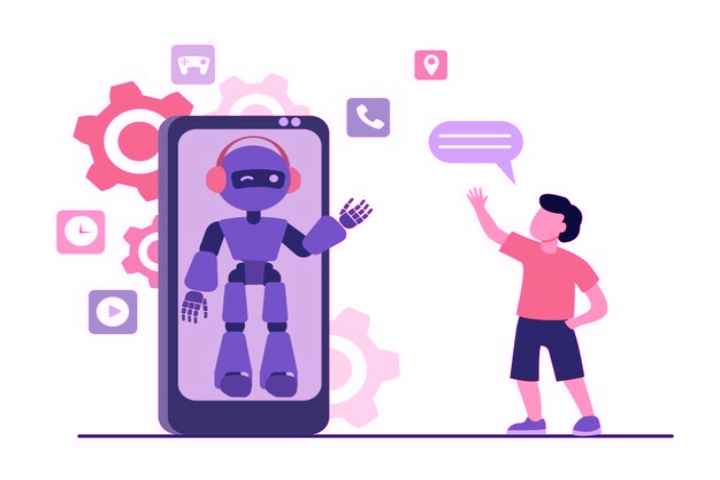 Nowadays, the smartphone is no longer used only for making calls or sending short messages. No, it is also a mobile photo album and video memory at the same time. Due to the countless media and games, the memory is often full after a short time and the phone reaches its load limit. But what do you do if the memory is no longer sufficient? There are some good ways to clear out your smartphone and make sure that the apps don’t take up that much storage space in the future.

These apps take up a lot of space

Many smartphone and tablet owners like to pass the time with a little game in between. There are countless apps for this, which entertain with fantastic graphics and effects. A real stroke of luck for gaming fun, but less optimal for storage space. Apps with complex graphics and sound effects in particular are real memory hogs.

To save this storage space and still not have to forego great variety, there is a very simple trick: simply use the games in the mobile browser. Almost all gaming apps have a mobile version that is optimized for HTML-5. So that the games can be accessed more quickly, users can save the pages in their favorites and then call them up with just one click.

Almost everyone has an account on the world’s largest social network. The app can also be found on almost every smartphone or tablet. So easy, so challenging for the mobile device. The Facebook app has an enormous memory requirement because huge amounts of data are generated and cached. This also ensures an absolute memory emergency on your own mobile device, which the user can resolve in no time.

In order to make optimal use of the storage space, users can uninstall the app and delete it completely. Don’t worry, it can be easily reinstalled via the Apple or Google Play Store. The new installation of the mobile application effectively clears the cache and the user frees up additional storage space on the phone.

In addition to the social network, Facebook also has its own messenger app. The messaging function is convenient and has various features that, however, require enormous amounts of memory. In order for the user to be able to free up memory in next to no time, it is advisable to delete unimportant messages. Sending photos, in particular, takes up a lot of storage space. So go through the chat systematically for photos and delete them.

Listen to music, but please without storage space problems

Listening to music on mobile devices is also extremely popular. One of the most famous apps for this is Spotify. Here too, enormous amounts of data are accumulated and stored on your own device. The so-called offline playback takes up a special memory requirement. Users can put together individual playlists and use them offline even without an internet connection. While this is extremely convenient, it takes up a lot of storage space. It is recommended to deactivate offline playback in order to at least reduce this factor.

Get the most out of messaging apps

If you don’t want to miss any current information on world events, you can also download one of the many news apps (for example the ARD app ). The mobile applications are usually designed in such a way that they can be used extremely efficiently. With functions such as Airplay, users have the option of wirelessly using music, films and other files. The user can see in the individual settings of their mobile device whether the storage space is being used too much by the app on the smartphone or tablet. If you run out of memory, it helps to uninstall the app and reload it again, as this will remove the cache data.

Use the cloud for more storage requirements

In order to use the advantages of the apps on the mobile devices and still have enough storage space, the use of a cloud is recommended . Apple or Google, for example, offer various cloud solutions for their users to temporarily outsource volumes of data and still have access to them in seconds if desired.

This is a practical solution, especially for data-intensive information. For example, if you activate the menu settings at Apple so that the photos are saved in the original high-resolution size in the cloud, you save enormous capacity. The photos are still on the smartphone, but in a compressed size. If you want to access it, simply tap on the photo and in seconds the correct size is retrieved from the cloud and is then also available on the smartphone. It works according to the same principle with the videos or other documents.

There are now many service providers on the market who have specialized in cloud services. The users usually pay a one-off monthly fee and can use storage capacities of various sizes. This is very practical for everyone who may need large documents or amounts of data on the move for professional reasons, but do not always have to keep them immediately on their smartphone or tablet.