Apple, Samsung, Huawei, Motorola: Here Are The Most Anticipated Smartphones In 2020 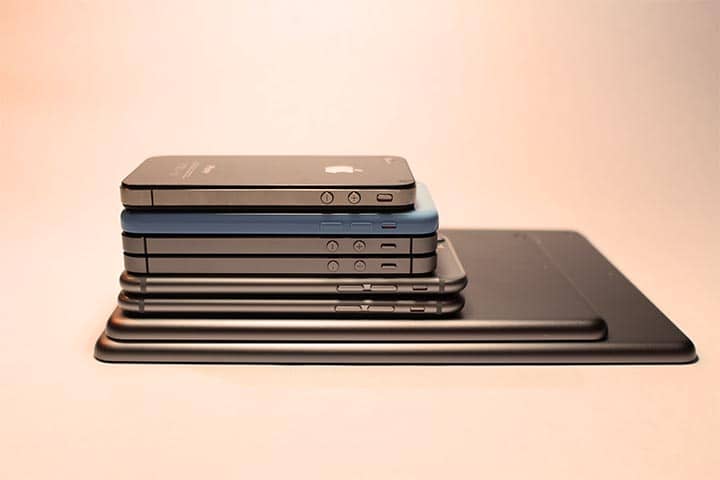 Long before their official presentation, many leaks – organized or not – allow us to discover the ergonomics and technical specificities of future high-end smartphones. All these indiscretions * spotted and listed by specialized sites, mostly Chinese and American, allow us to draw the first portrait of these benchmark smartphones that will be released in the coming months.

2020 promises to bring its share of designer, high-performance and, for some, daring smartphones. This year, there will be more devices with a flexible and foldable screen. Smartphones compatible with the future 5G network will multiply when photo quality will be further improved.

A few weeks before the Mobile World Congress in Barcelona, ​​an annual high mass dedicated to smartphones and mobility, Samsung will lift the veil on its new range of Galaxy smartphones. No less than four new models should be announced by the world number one in telephony. These are the Galaxy S20, Galaxy S20 +, Galaxy S20 Ultra and Galaxy Z Flip.

The Galaxy S20, which will replace the current Galaxy S10, would display a 6.2-inch AMOLED flat screen (compared to 6.7 inches for the S20 + and 6.9 inches for the S20 Ultra). The screen would again house the fingerprint reader which is used in particular to unlock the device. The glass back is expected to house a triple photo sensor consisting of a 12 MP main lens, 64 MP telephoto lens and 12 MP ultra-wide angle. The S20 Ultra would go even further since it would include a 108 MP sensor associated with a 48-megapixel telephoto lens, a 12 megapixel wide-angle and a 10x optical zoom. Just that!

Original, this model is reminiscent of our old flip phones. High-end and unique, the Galaxy Z Flip would be a small square smartphone with a flexible foldable screen, like the Motorola Razr (read below), and fit in a pants pocket. Despite its apparent compactness, the Galaxy Z Flip packs a large 6.7-inch AMOLED screen.

According to the latest rumours, the smartphone would be compatible with wireless charging, it would have a dual photo sensor, consisting of the main sensor of 12 MP and an ultra-wide angle of 12 MP also, as well as a battery of 3,300 mAh.

The future Huawei P40 Pro has been unveiled on the Internet for several weeks. Its angle of attack, like its predecessors: photo expertise. The photo module of the P40 Pro, designed in partnership with Leica, would indeed consist of five sensors (including a telephoto lens, allowing an x10 optical zoom), against three sensors for the standard version of the P40.

The back of the device should no longer be made of glass but of ceramic. The P40 Pro would display a large, slightly curved 6.5-inch screen. Another element, and not the least, that could convince the public to take an interest in this new high-end smartphone: a price more accessible than usual. Deprived of access to Google services and applications following US sanctions, Huawei could agree to lower the price of its two future references. Given the situation, the Chinese manufacturer has developed its mobile services and its own application store that it continues to enrich.

Surprisingly, a fingerprint sensor could again be found under the screen of the phone, and thus replace the effective Face ID technology, which appeared a few years ago. Autonomy should be further revised upwards, and a 5G version should be available. The iPhone 12 could be available in two screen sizes of 5.4 inches and 6.1 inches, with Oled screen this time. As for the higher-end and more expensive iPhone 12 Pro, it could be offered with a 6.1 or 6.7-inch Oled screen.

Numerous leaks point to a spring launch for Apple’s new entry-level iPhone. This would replace the iPhone SE, which is no longer sold by the brand. Alternately called iPhone SE2 and iPhone 9, the most accessible model of the 2020 range, would greatly resemble the iPhone 8. It would have a 4.7-inch screen, against 4 inches for the first SE of the name, in large part appreciated for its small size

The Razr legend is back but in a retro-modernized version. The new Motorola Razr is indeed largely inspired by the eponymous flip phone most popular in the world in the 2000s. The new version, already marketed across the Atlantic, contains a foldable plastic touch screen of 6.2 inches. A third 2.7-inch screen is accessible on the top of the phone. It allows you to take a quick look at its notifications without having to open the flap.

With its Surface Duo, presented to the press last fall, Microsoft intends to invite itself (again) into the ultra-competitive field of smartphones … Android. For its first terminal powered by the operating system of Google, Microsoft has indeed decided to surprise with a unique smartphone with a double folding screen of two times 5.6 inches, usable with the finger or using a stylus.

Primarily dedicated to productivity, this extraordinary terminal, included in the IT giant’s Surface range, will naturally offer privileged access to the home’s software suites.

The new smartphones signed OnePlus are, again this year, particularly expected. In the spring, the brand should present the OnePlus 8, a designer and premium smartphone, offered at an attractive price, as always with the manufacturer.

This smartphone would have a 6.5-inch curved AMOLED screen, a fingerprint reader located under the screen, a triple rear photo module positioned in the centre of the phone, a powerful latest-generation processor, and wireless charging.

Two other models could accompany the launch of the OnePlus 8. It would be the One Plus Pro, a more high-end version which would notably have a fourth photo module and a slightly larger screen, and the One Plus Lite, a more “light” model and therefore more accessible in terms of price.