What Is The Difference Between Modem And WiFi Router 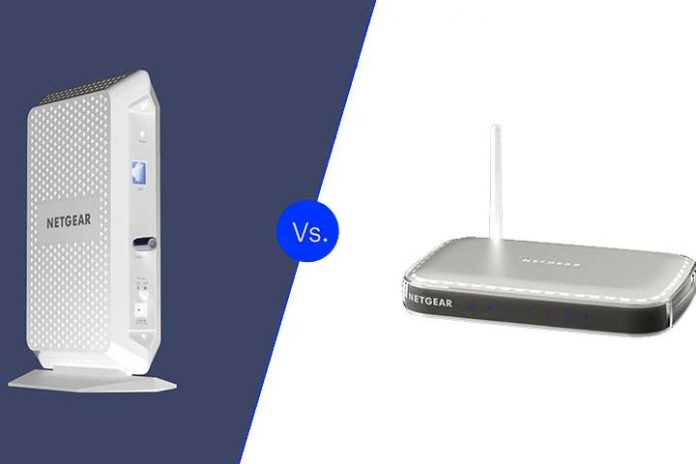 Do you finally want to put the internet at home and are now looking for the right devices to create a stable and fast network? After choosing the ADSL, fiber or mobile operator, it’s time to buy the modem. Or was it the router?

What are these devices and which one do you need? I assure you that there are many who have had the same doubt as you! In this article I want to explain the difference between modem and router so as to help you understand which one is right for you.

Both the modem and the router are commonly referred to as “network adapters” because they can handle both wired and wireless connections to the Internet, but they are not the same. A modem, in fact, is not a router, but then there are also modem routers which are 2 in 1 devices.

Before you get discouraged because you think the speech is too complicated, I assure you that there is nothing to worry about. Read this in-depth guide on the subject and you will see that, in reality, the concept is really simple.

What is the difference between a modem and a router?

The modem is an electronic device that connects your computer or home network to the Internet. The router, on the other hand, is the one that allows all of your wired and wireless devices to use that internet connection at the same time and also allows them to communicate directly.

In fact, once the modem has provided the connection to the Internet, the router directs it to different devices.

Is it clearer to you now?

Good! But now let’s see these devices a little more in detail, what they do in practice and why you need them both if you want to have a good network (wireless or wired) at home and the internet on all your computers, smart TVs, consoles, smartphones. and tablet.

What is a modem

As mentioned, the modem is what takes care of connecting your computer or home network to the global internet provided. This is because the modem converts (modulates) the ADSL or Fiber signal that arrives from your operator’s cable into a digital signal that the computer can process. The name of the device, in fact, is the acronym for MODulator DEModulator.

Here a distinction must be made between the 2 types of connection that a modem can have. The first is the classic fixed line via cable, while the second is known as “long distance” because it uses GSM frequency (global system for mobile communications) which also use cell phones. It can, in fact, connect directly to the cell to which the smartphone is connected and access the internet from it, to then transmit the connection.

What is a router

Unlike the modem, the router is the device that distributes the connection between the various devices connected to it. If the modem translates the ADSL, Fiber or mobile signal from analog to digital, the router transmits it to the computer or tablet, routes the data of the networks. In practice, it manages the traffic and sorts the data packets.

However, it also has a second role, namely that of managing communication between multiple devices and different networks, allowing them to communicate. The best known example is the LAN – local area network – which occurs by connecting multiple devices to the same router. This connection can be made either via ethernet or wireless ports.

Another example of a pure router, one of the few left, is the wi-fi signal repeater which is actually composed of two routers: one that captures the signal of the wifi network and transmits it to another which, in turn, receives it. and transmits amplified.

What is a Modem Router

I hope that with what has been said so far, the difference between modem and router is now clear to you. If so, you will also have understood that, if you want to surf the internet with your computer or smartphone in wifi, you need both a modem and a router.

However, if in the past you needed two different devices, today almost all the devices on the market work as both a modem and a router. In addition to converting the analog signal from the network cable, it also transmits it to all your devices.

It is the most common solution because it is also the most convenient: a single device to connect your PC, notebook, smartphone, tablet or other electronic device that you want to have access to the internet. In fact, you will find almost only these 2-in-1 models on the market.

It should be noted that today there are 2 main categories of these devices. The main difference between modems and routers on the market today is signal reception. There are in fact the standard ones that attach to the fixed line cable and the mobile ones that use the same phone signal and the 4G network or the new 5G. The latter can also be fixed or portable and are perfect for those who cannot put ADSL at home.

Which one to choose

Having understood that if you want to have internet it is better to buy a modem router directly, let’s now understand how to choose the right one for your needs. On the market, in fact, there are really many and before buying one, several characteristics should be carefully evaluated. The main aspects that the modem router must have are:

For most people, the most important thing to consider is the speed of Wi-Fi and its stability. If you want a model that allows you to stream in high definition or even 4K and browse at a high speed, you will have to go for at least mid-range models, or even professional ones.

Also Read: What is WiFi 6? The Best WIFI 6 Routers