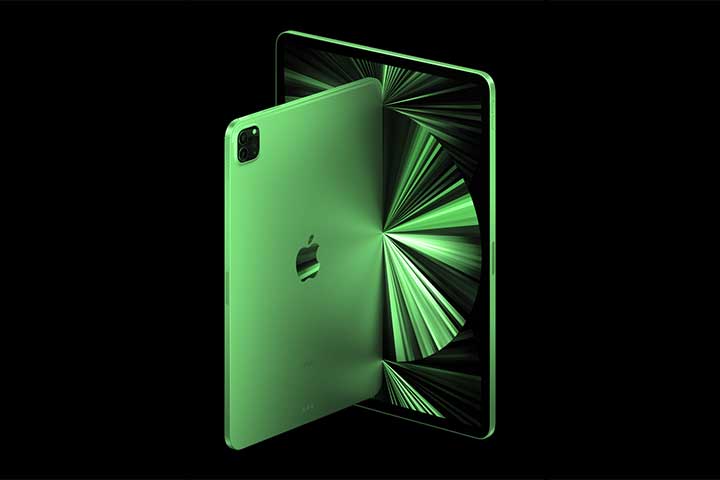 Apple held an event on April 20, 2021. The focus was on new hardware, so that, among other things, a new iMac in different colors was presented. The design has also been revised, the Apple computer is slimmer than ever before. The iPhone 12 in the new color purple was also interesting, but many were particularly looking forward to the new iPad Pro 2021. That happened then, although no major changes were made to the appearance. The two sizes 11 and 12.9 inches have also remained the same. But you shouldn’t be put off by that, because a lot has happened under the hood. However, this not only means more performance, but for some, the tablet is now a real alternative.

The maximum can be found in the 12.9-inch version

A decisive difference to its predecessors can be found in the processor. This was removed and replaced by the powerful and very popular M1 chip (in-house production). According to official information, the change provides a 50 percent increase in performance.

In addition to the CPU, the available variants are also identical. This means that both the 11-inch and the 12.9-inch are only available with WiFi or WiFi plus 5G. A highlight, because the fifth generation of mobile communications ensures lightning-fast surfing pleasure.

If you want the iPad Pro to flex its muscles in 2021, you can’t avoid the 12.9-inch version. This has a built-in Liquid Retina XDR display that was previously only available in the manufacturer’s professional screens. The basis here is also mini-LED technology with no fewer than 10,000 mini-LEDs. There is also a very decent resolution with 5.6 million pixels and a contrast ratio of an impressive one million to one. Editing high-resolution videos is also not a problem, after all, the M1 processor is not only supported by a maximum of 16 GB of RAM, but also by up to 2 TB of storage space. It must be mentioned, however, that this is the best possible equipment at a correspondingly high price. The good news is that there are other configuration options such as 128 or 256 GB of memory. This significantly reduces costs.

The cameras are also new

Apple didn’t forget the cameras when planning the iPad Pro 2021. With the main lenses, it is so that they can fall back on a lidar sensor. This shows its strengths in in-depth perception. It doesn’t get any less interesting with the front camera, which can handle the “Center Stage”. Sounds complicated, but it is not. It’s simply about the wide-angle lens that automatically tracks people during video calls.

It should also be mentioned that there is Thunderbolt support for the USB-C port and the Magic Keyboard and Apple Pencil are available as accessories.

Also Read: IPhone and IPad Chargers, Are They All Same?