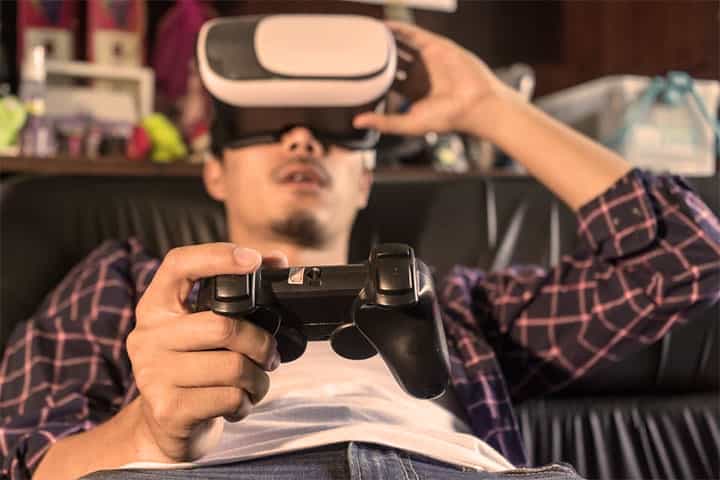 That video games do not go out of style is a fact, and increasingly, developers innovate to make the gaming experience even more rewarding, as is the case with hybrid video games.

Until a few years ago, each video game developed a plot, from start to finish, with one or more missions to complete, and increasing the difficulty with the levels.

However, the competition and the proliferation of developers have made it reward originality and many are incorporating elements of classic games into the same video game. This adds more depth to the experience and lengthens games.

The hybrid video games are those that combine traditional games, such as cards or table, with elements of RPG. It all starts back in ’93, with Konami and his Monster Maulers mixing elements of fighting one on one with the fight of all against all to which other games such as Half-Life, Mirror’s Edge or Minecraft were added.

But… what are some of the most popular hybrid video games?

Developed by Electronic Arts, it combines the story of a British adventurer who, through 30 levels, will have to face the monsters that cross his path. Up to here it would seem that it is a simple action game but, as we kill the adversaries, these become blocks that we have to combine with other blocks that appear on the screen, in a mini-game of puzzles similar to Tetris.

The elements of Tetris also appear in other types of games in this genre and it has even inspired various slot machines such as Tetris Super Jackpots or Tetris Extreme.

In this case, we follow the adventures of a girl guided by her ghost cat in search of revenge in this video game distributed by Armor Games Studios and developed by Glass Revolver for Nintendo Switch and PC. This game perfectly combines action and adventure and additional bullet hell- style challenges that must be overcome by dodging the bullets of the 18 bosses that will bring you the peace you need.

Although it has been around for a few years, it has been released for the smartphone recently and has become a complete success. Riot Games releases this game that mixes chess with League of Legends characters. This is the first mobile game from this developer, and while it’s free, you can pay to unlock the special content.

A New Era For Video Games?

Without a doubt, there are already many titles that include an additional adventure to the main plot, giving these games a much more dynamic and, at the same time, more complex story, since we never disconnect from the context itself, but we stimulate our minds. with other challenges.

To take better advantage of this type of video game, it is recommended to play them especially on mobile phones, since they will also allow you to enjoy the experience wherever you go or even in state-of-the-art video consoles that allow streaming such as Google STADIA.