The Future Of Blockchain Technology 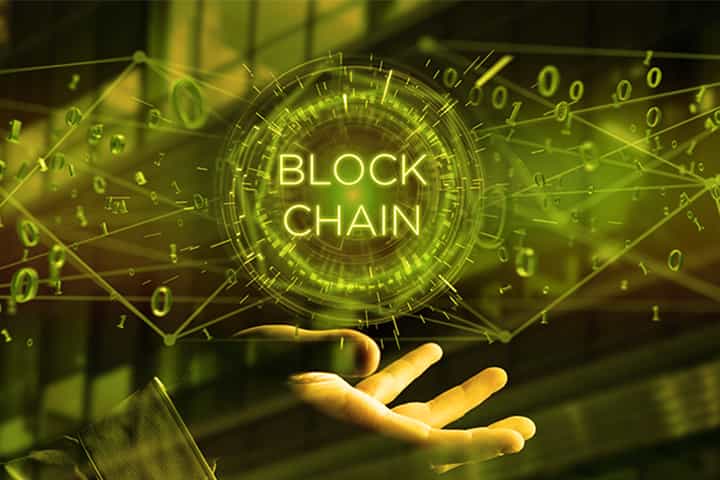 Experts predict the spendings on blockchain technology will surpass $18 billion by 2024. Blockchain technology works by storing transactions in blocks across numerous systems. It’s decentralized, which is the reason why it’s hard to penetrate this system. Due to its nature and potential, many massive industries, such as banking, remittance, cybersecurity, technology, and manufacturing, use it one way or the other.

What Does The Future Hold For Blockchain Technology?

The graph below shows the increasing trend in money spent on cybersecurity. Cybersecurity is a huge issue for every individual and corporation because you don’t want anyone to penetrate the system and steal it.

One of the features that make blockchain technology attractive for cybersecurity professionals is its decentralized database. It’s challenging to get through the transaction and manipulate it. Another huge issue for corporations is data tampering. With blockchain technology, one can keep data secure and allow participants’ to verify a file’s authenticity.

More corporations are using blockchain technology to prevent data tampering. The part of their system allows the notarization of digital data and puts them in blockchain to eliminate the chance of file tampering.

The Operations department is always looking to minimize the cost and maximize the speed. It has been a struggle for operations management executives to do that. With blockchain technology, one can maximize the transaction speed and minimize the fees at the same time.

Even developing nations like India are now keeping a close eye on cryptocurrency. Besides bitcoin, you can now buy Ethereum India (it’s another popular cryptocurrency). The use of blockchain technology cuts the middlemen. You can do that by signing up to Vertex Market. It doesn’t even exceed a 1% transactional fee with cryptocurrency, while a credit card usually takes around 2-5%. If you’re talking about bank transfer, it can take more than a day to process.

Audit and Tax Processing Will Be Much Smoother

The evolution of business models needs to consider the regulatory environment and best practices. Despite this fact, many professional advisors are left out of the traditional way to evaluate modern methods’ applications.

The number of corporations using cryptocurrency is increasing at a significant rate. It’s now easier for Indians as well to convert INR to BTC. When corporations start using blockchain technology, it becomes more transparent for auditors to check out expenses and profit.

Everyone is interested in adopting new technologies if it has potential. Unlike traditional fiat currency, the government can trace cryptocurrencies, and it also lowers settlement time. Conventional fiat currencies have the dangers of corruption, and due to that, the risks of inflation are also there.

A recent study found that American zombie companies rack $2 trillion in debt. If these companies collapse, there’s a massive chance of inflation. In Zimbabwe, many citizens are opting for cryptocurrencies to preserve their wealth.

Many government organizations are now running an experimentation project with cryptocurrencies. The next generation of blockchain technology will resolve current limitations like scalability, privacy controls, and interoperability. Companies such as Petro, Fragments, Tether, etc., are working on fixing present drawbacks.

By using the blockchain identity solution, it will decentralize data collection and cross-verifies the information. In developing nations, identity verification is not managed correctly, along with those of refugees.

You can expect to standardize some types of data: government records, university diplomas, tax identification records, employment records, and more.

Blockchain to be a part of economic prosperity

Although we’re in the 21st century, poverty is still a huge issue. There are hundreds of millions of people who live under $2 per day. Furthermore, over a billion people don’t have access to a proper banking service.

It can help in alleviating poverty by making financial services accessible to low populations without much cost. On top of that, the decentralization of records will make it harder for corruption.

Lastly, we can provide opportunities for people in poverty to invest in precious wealth-generating assets without investing a large sum of money.

Smart contracts will be more and more popular in the upcoming days. It isn’t easy to manage a business to seal the deal with various parties in multiple regions. Moreover, it’s harder to ensure that contract agreements are properly executed or not.

We can track smart contracts through a peer-to-peer network at any time. Furthermore, it also takes away the time required to manage multiple contracts and renewal. Due to the rise of digital payments’ ease, one can expect more companies performing transactions outside their home country.

Blockchain technology is still in its infancy. By looking at the steps it’s taking, we can say the future of blockchain technology looks bright. Besides powering cryptocurrencies, people find a way to use them for smart contracts, remittance, cybersecurity, identity verification, and more.

It will slowly integrate with the current system and could be the heart of the internet. There’re already companies based on blockchain technology that are worth over a billion-dollar. Looking at its potential, we can say more companies will come out based on this technology. The use cases of blockchain technology are for everyone, and we believe it will contribute to making the world a better and safer place.

Also Read: Is Blockchain The Future Of Esports?