LIV Golf Is Good For Golf 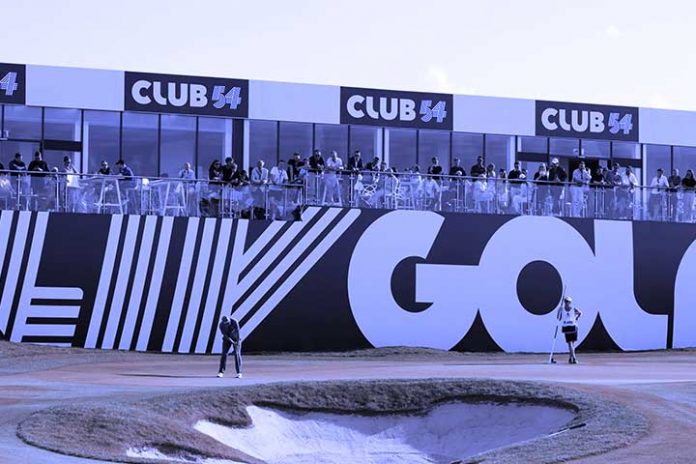 The biggest news in the sports world is the golfers that are accepting money to be a part of Saudi Arabia’s LIV Golf promotion and leaving the PGA to do so. The PGA is not allowing their athletes to compete in both, but the emergence of LIV Golf is a good thing for the sport of golf as a whole.

In a few weeks we will be living the impact of these changes, same as the speed of the Ally 400 which is coming up and now is as good of a time as ever to get into the weeds and figure out which drivers have the advantage and can really win the race to climb the NASCAR Cup Series standings. Also, now on you can start to predict which golfer will increase its performance the most in LIV Golf?

This is something that happens whether you want to admit it or not. There are countless examples of an industry being better off when there is direct competition and we are going to dive into one: professional wrestling.

The WWF (now WWE) was putting on a hokey product in the early-to-middle 1990s and the audience was not happy with the direction of the promotion. However, WCW decided to compete head-to-head with the WWF with a cooler, edgier product. As a result, WWF ushered in the Attitude Era, an edgier product where the interest has never reached again.

That is exactly what LIV Golf should do to the PGA. The PGA needs to realize that they are no longer the only game in town and instead, need to re-evaluate what they are doing in order to understand what they will do in this situation. I think we have the solution and it should be obvious.

In the world of sports, you often hear about the money in their contracts. In golf, that is not the case as the PGA does not pay its golfers.

If you were to compete in a PGA event, you are not guaranteed to make a single penny. The only way a player can make money from the competition is if they win the prize money from the tournament from placing in a specific spot.

This does not have to be an extraordinaire amount of money, but enough to entice players to compete in a professional golf tournament. Even if it is only for the major championships, having a $2,000 prize for qualifying and competing for the major should be enough to satisfy.

I understand the counterargument that people will come up with, but this is an evolving world in sports that we are allowing collegiate athletes to be paid but not paying the best golfers in the world to compete in events.

Why LIV Golf is Good for the Game Overall

LIV Golf is paying golfers to compete in their events and that is going to continue enticing players to make the jump. Why play for a league that is not going to provide you financial support when there is another one paying you to compete?

There are going to be people complaining that the “tradition and prestige” of playing in some of the majors in golf should be enough and that only the upper echelon of players should be awarded, but imagine that is how it worked with everyone’s job? That is not how the world (and specifically sports) works and people have to just understand this.

Allowing some competition in events should be not only allowed but encouraged, to help grow the sport of golf even more than it is today. It will force the PGA to improve its product while also giving fans of golfers the ability to watch more events with high-level golfers competing with one another.

The people are outraged with the emergence of a Saudi Arabian league competing in the golf world, but a lot of business is done with the Saudis. I understand the initial outrage but this will only make the world of golf better in the long run.

What do you think about the whole LIV Golf competing with the PGA?