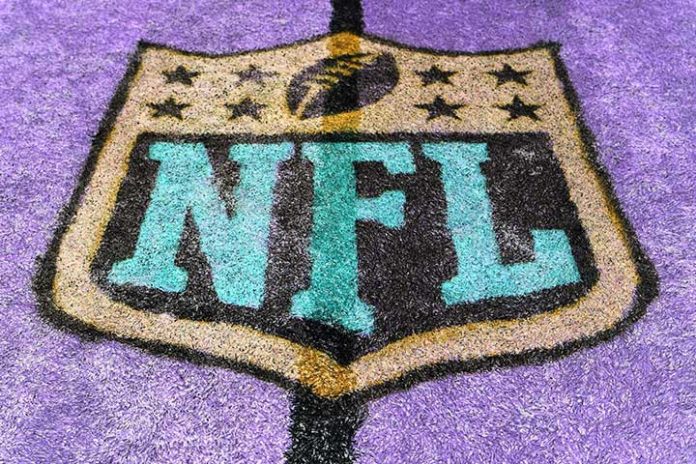 The NFL is, without any doubt, the most popular and spectacular sport in the United States. However, over the years, its popularity spread throughout the world. As time goes by, we are slowly witnessing this sport becoming globally popular and standing side by side with other mega competitions such as the English Premier League, NBA, or the Champions League.

Those who are into betting noticed that in the recent few years, the NFL odds section constantly sits atop any offers at any sportsbooks, which is a clear sign that the demand is high.

That’s why the NFL commissioner and the NFL board decided to go with a more aggressive approach when it comes to the international games. For the first time in history, Germany will be honored to host one NFL game.

The Tampa Bay Buccaneers and Tom Brady will clash with the Seattle Seahawks in Munich on November 13. The venue of the event will be Allianz Arena, the home of one of the world’s biggest teams, Bayern Munich.

The fans will have a chance to see the greatest player of all time, Tom Brady, and a bunch of other superstars, and we can say that the hype in Germany is incredible, even though there are several months until the kick-off.

At first, the NFL announced that this year’s International Series games would include five teams. Besides the above-mentioned Buccaneers and Seahawks, three more were the Green Bay Packers, the Jacksonville Jaguars, and the New Orleans Saints. But after a while, a few more are added.

The game in Munich will be the only one on German soil, with four more divided between England (three) and Mexico (one). This isn’t anything new because the league already held games in these countries, to be precise, at the same venues, which are going to be listed in the upcoming few lines.

England has been home to the NFL clashes since 2007, once the New York Giants beat the Miami Dolphins at Wembley. We will witness one game at the English national football stadium during the 2022 campaign – the one between the Denver Broncos and the Jacksonville Jaguars, scheduled for October 30.

Two games are set at Tottenham Hotspur Stadium, which has become a regular place for the NFL visits. On October 2, the NFC rivals, the Minnesota Vikings, square off with the New Orleans Saints. These two sides have developed a solid rivalry in recent years, and no doubt it will be fun to see them going one against another.

Seven days later, another NFC matchup is on the menu – New York Giants vs. Green Bay Packers. The back-to-back NFL MVP and the three-time winner of this award, Aaron Rodgers, comes to London, which causes anxiety among the gridiron fans on the island.

Mexico City will continue its tradition of hosting the NFL games, established in 2005. The Azteca Stadium welcomes the San Francisco 49ers and the Arizona Cardinals, two NFC West division rivals who have high hopes for this season. The 49ers reached the NFC Championship Game in 2021, while the Cardinals had a nasty slowdown in the second part of the season, eventually leading to their loss already in the Wild Card round.

This game is the last of all the international ones and is set for November 21.

According to the latest signals from the NFL, it appears that the league has an ambitious project of increasing the number of games on foreign soil, particularly targeting the continental part of Europe as the next area of expansion. Germany has been on the table for a long time, because of a massive fanbase, and we are pretty sure that in a couple of years, we might see even more fixtures in this country. After that, the expansion might continue in other countries of Europe.

Some speculations suggest that France might host one event already in 2026, but there is no official confirmation at the moment, and all those stories are just assumptions.