IoT Devices Can Pose A Major Security Threat. Here’s What To Do About It 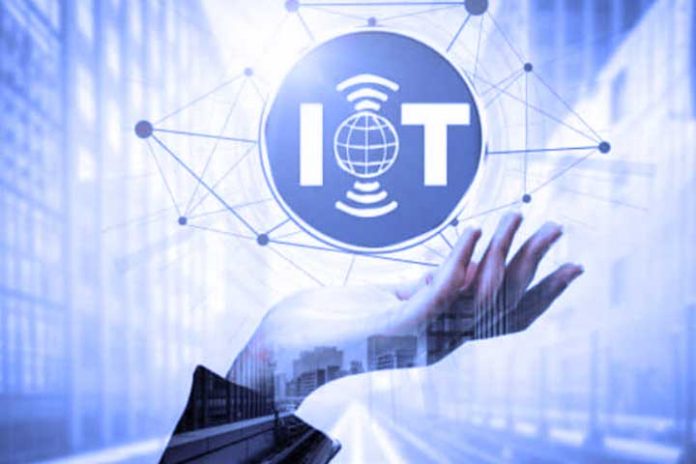 The Internet of Things (IoT) is big — and getting bigger all the time. Referring to networks of internet-connected gadgets, the IoT revolution promises to transform even our “dumbest” household accessory into a smart device able to communicate its status to the outside world. According to some estimates, the total number of IoT devices is expected to hit a massive 46 billion this year, representing a 200% increase from just five years ago.

The advantages of the Internet of Things are myriad. They can save us money and help make better use of assets and resources, improve safety, and provide us with a superior, more seamless means by which to interact with the devices around us. Ever wanted to live in a smart home and clap out commands? Wish for a workplace that can be better optimized for safety and productivity? The IoT revolution can help out with all of this.

However, while few would dispute the potential value of the Internet of Things, there are nonetheless causes for concern — and many of them involve security. It’s an invaluable lesson in why cyber security solutions are a must-have.

Problems in the Internet of Things

There are multiple security problems IoT devices can pose. One of the first and foremost involves access control issues, with IoT devices able to be accessed by non-trusted parties. Users take for granted that a device they own should be accessible only by them and other trusted parties under the same roof. Unfortunately, many IoT devices do not have the necessary security systems and protocols in place to ensure that this is the case.

A major reason for this is that far too many IoT devices will feature default passwords (which could be as simple as “password123.”) These passwords can be defaults for every model of a certain device unless otherwise changed, and may even be standard issue for other IoT devices. By failing to change these passwords, users are opening up their IoT devices for potential exploitation. While most people wouldn’t dream of using a password like “password123” for their smartphone or personal computer, lots of users would not fully consider the potentially harmful ramifications of this for their household IoT devices.

Related to this is the problem of software updates — or the lack thereof. Most users realize the importance of keeping their personal devices updated with the latest firmware updates, whether this is for the newest features or just necessary software updates. But IoT devices may not get the same priority treatment. As a result, users can fail to update to the latest updated versions of pieces of software, allowing vulnerabilities to continue posing a problem for users long after they have been patched.

This is a big problem, since IoT devices may house all kinds of vulnerabilities. For instance, recently a security vulnerability was discovered in millions of IoT devices, including smart security cameras, digital video recording devices, and smart baby monitors. By exploiting these vulnerabilities, hackers could compromise credentials and possibly even tune in to live video feeds. It’s bad enough that such vulnerabilities exist. However, by failing to install the patches needed to fix them, users are making a bad problem a whole lot worse.

Lack of encryption is yet another problem, since this opens up attacks such as a “man-in-the-middle” attack (MitM) in which attackers can position themselves between the device and its intended endpoint, and extract sensitive information like login credentials. When proper encryption methods are not used, such information may be stored in plaintext, meaning that it is easily readable by attackers. Even when encryption is utilized, there is no guarantee that this will be sufficiently advanced if weak algorithms for cryptography are used.

Bring on the cyber security solutions

These are just a few of the potential security flaws that can affect IoT devices. To combat them, users should make use of the right cyber security measures. For example, they should ensure that there is proper network connection security that exists between backend systems and IoT devices, including the likes of antimalware and antivirus software, firewalls, and intrusion detection and blocking.

As noted, IoT encryption is also essential for masking data that is both at rest and in transit. In addition, proper authentication measures for IoT devices can ensure that security measures like passwords, biometrics, and multi-factor authentication are in place to ensure that all users accessing an IoT device are legitimate.

The world is only going to rely on IoT devices more. Users must therefore make sure that they incorporate the right strategies for cyber security among their smart devices — just as they would for any other device in their care. Given the risks associated with IoT devices, ranging from their use as possible botnets for DDoS attacks to stolen data, this needs to be a top priority for organizations and individuals alike.

Whether you’re able to introduce these cyber security measures yourself or you bring on the experts to help, just ensure it gets done!