What Is The Metaverse And How Does It Relate To Facebook? 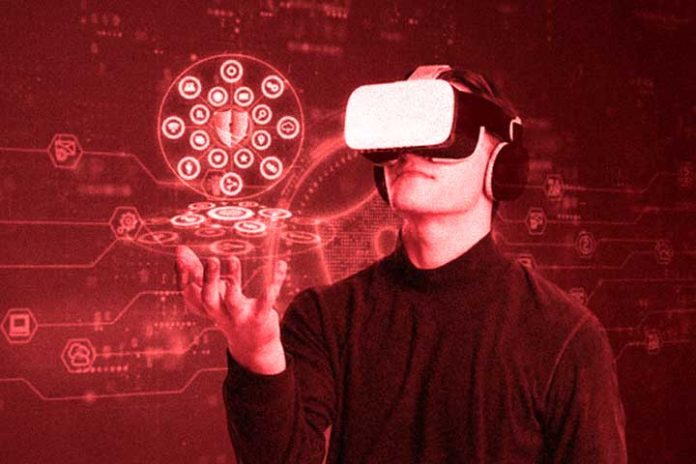 Surely you have heard about the metaverse in recent months, a concept that already existed, but that the creator of Facebook, Mark Zuckerberg, has put on the lips of many today.

We tell you all about these virtual environments, how they work and some other curiosities.

What is a metaverse?

The metaverse is a virtual world in which humans can interact with each other through avatars, where they move in digital spaces that are fictional or representative of the real world.

In these virtual spaces, users can move around, carry out different activities or chat with other people in an augmented reality experience through virtual reality glasses and other means, or simply by connecting through a computer or other device, as if from a video game. it was treated

But unlike video games, the metaverse does not seek to enter a world of fantasy or action, but to be something like an alternate reality , providing users with immersive experiences without leaving the site.

The story of the metaverse

Although it is fashionable today, the reality is that the metaverse is already a few years old. Its origin takes place in 1992, in a novel by Neal Stephenson called ‘Snow Crash’, in which the term refers to a fictional virtual world in which users coexist collectively in an external reality.

But the metaverse did not become fully popular until the arrival in 2003 of Second Life , a software that could be accessed for free on the Internet and that created a virtual community in which users (“residents”) could interact with each other through avatars of themselves.

This metaverse reached millions of users, and an alternative virtual universe was created in which people could become the characters they wanted and thus live a “second life” moving through the different scenarios, many of them representative of reality such as universities, offices or emblematic places.

What is the metaverse for?

What seems like science fiction is already a reality. There is a digital world full of possibilities, in which users can have a good time, meet people, go to different places such as the cinema or travel virtually, all without moving from the sofa in our house and, with advances technological, each time in a more realistic way. It’s exciting and creepy at the same time, right?

The idea of ​​the metaverse is to be able to “escape” from the reality that surrounds us for a while, offering a lot of different activities that are yet to be exploited, but are already beginning to be explored, such as in the educational sector, medicine or of entertainment .

A good example of this are the virtual concerts that have been held through different platforms, such as that of Ariana Grande or Travis Scott in Fortnite, in which the singer has a digital avatar and the public can attend from anywhere in the world. and enjoy it with virtual reality glasses .

The metaverse may even have its own economy , in which cryptocurrencies will surely be traded , and it is thought that it could even lead to new jobs within it. Amazing, right?

In October 2021, Facebook announced that it was renamed Meta , and presented a very ambitious project related to the metaverse, in which it is proposed that people can move freely through it, using advanced virtual reality technology.

At the moment we do not have all the necessary means for this experience to be as realistic as it is intended to be, but at the rate we are advancing, in the coming years new devices will surely emerge and the necessary technology will be developed so that the metaverse stop being fiction and become part of our lives, or at least that’s what Zuckerberg has in mind…

And you, what do you think of the metaverse? Does it scare you or do you look forward to discovering what news it brings with it?