Virtual Reality, “An Illusion, A Shadow, A Fiction” 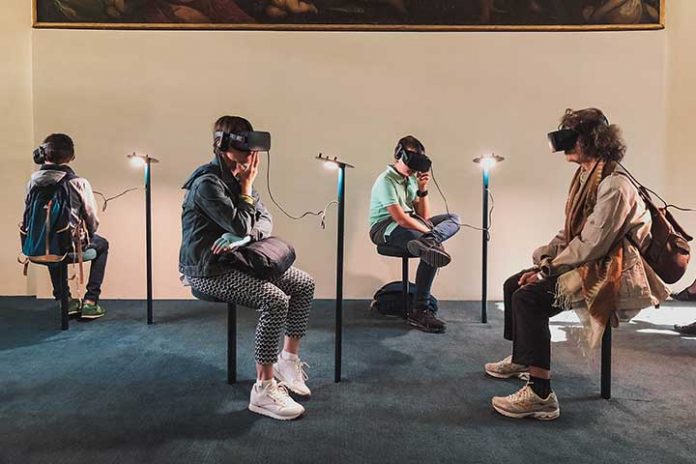 “Better Than Reality: NASA Scientists Use Virtual Reality To Make Scientific Discovery.” This headline from the North American Space Agency reveals the impact of immersive technologies on advances in Science. “Using a custom 3D virtual reality simulation that animated the speed and direction of 4 million stars in the Milky Way, astronomer Marc Kuchner and researcher Susan Higashio gained new insight into the motions of the stars, improving our understanding of the groups of stars”, indicates the blog of the North American Space Agency.

The use and applications of virtual reality and augmented reality technologies , or the sum of them, mixed reality , is innumerable. A trend that revives every year in reports about the technologies that will be established to transform the world. The promise remains intact, but the price of the devices and the number of peripherals necessary for a correct user experience, according to experts, remain a barrier in the democratization of this technology capable of creating new environments and parallel worlds.

MIT, at the origins of virtual reality

The origin of virtual reality dates back to World War II, when the US Navy commissioned the Massachusetts Institute of Technology (MIT) to develop a flight simulator that would facilitate the training of its fighter-bomber pilots. Today the possibilities and utilities of this technology seem to reach the category of science fiction.

An example in the educational field: a hologram of Albert Einstein gives a virtual class to some young students to explain his concerns as a researcher, outline the theoretical material of the day’s class, tell anecdotes about his life that help to better understand the character and answer questions from students. The same thing happens in the Philosophy class that Socrates teaches, or the Mathematics class that corresponds to Alan Turing. An invincible program capable of awakening the restlessness and spirit of learning in any student.

The Institute for the Future ‘s When Everything is Media reported five years ago that “over the next decade, haptics, augmented reality, and processing capabilities will allow us to free ourselves from the flat version of virtual space and experience digital overlays physically.” . New ways to experience mixed reality will emerge , allowing us to experience a shared physical presence across time and space, giving our finite physical spaces the vastness of virtual reality.”

Holograms and the evolution of human relations

The evolution of personal relationships with both living and deceased characters is one of the most striking keys to this research. ” Humagrams or human holograms of living, deceased or fictional characters” will be present in everyday relationships, according to this prestigious institution based in San Francisco.

Artificial intelligence and machine learning will make it easier in the coming years for these humagrams to behave as a real person who had been monitored throughout their lives would have done, since the system would have learned from their responses to any situation and could replicate them.

The example of this experimental route has jumped to the present this week in the promotion of the Korean documentary Meeting you , where a mother lives through virtual reality meeting with her daughter who died at the age of seven due to an immunosuppressive disease. In the video, the mother can be seen with the little girl, with whom she celebrates her birthday, she has a conversation, has lunch and, finally, caresses (thanks to sensitive gloves), which provokes the emotion of her mother . The scene ends at the moment when the mother says goodbye to her daughter when she puts her to bed.