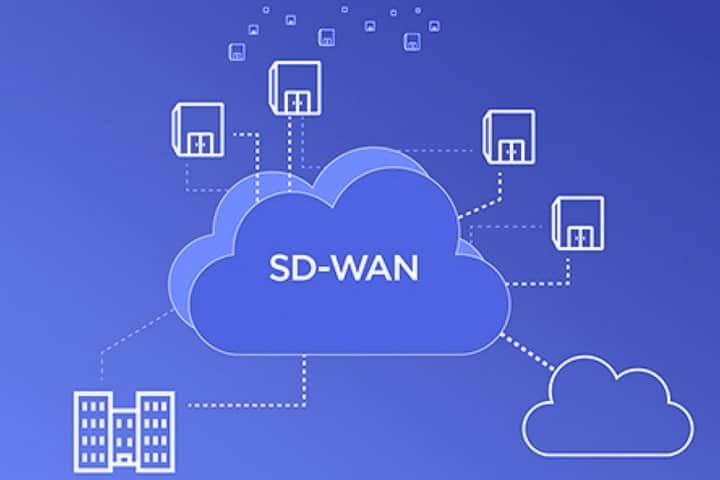 With the increased adoption of cloud computing and software as a service (SaaS) resources, MPLS has seen competition from software-Defined Wide Area Network SD-WAN. The world today has a multitude of cloud-based operations, leading to the question of whether or not MPLS is necessary versus making use of an internet connection as the basis of your SD-WAN underlay.

An evaluation of SD-WAN and MPLS is necessary to understand the differences in both networking technologies and why a network team might choose one over the other.

Multiprotocol Label Switching (MPLS) is a technology that forwards data for network traffic sending it through a path requiring labels instead of using complex lookups in a routing table at every stop.

Often, MPLS is implemented via high-performance, distributed networks. The most notable advantage MPLS has over SD-WAN is its ability to reliably deliver packers and supply high quality of service (QoS). This particular benefit is significant for businesses that depend on real-time protocols such as video conferencing due to the ability of these systems to operate without loss of signal or quality using an MPLS framework.

MLPS and network routers/switches work in similar ways. It uses packet-forwarding labels to determine how and when data will be sent. Every packet has a label assigned which distinguishes it from other traffic on the WAN. When a shared network has many users utilizing a large number of high demand apps, this traffic predictability can be an added advantage.

The main disadvantage of MPLS is the bandwidth cost. This is a big issue for organizations that make use of large bandwidths and spend a lot of money to keep their systems effectively running. The cost is not just higher than SD-WAN, but it also requires more effort to add new links.

For organizations that have branch offices and a need to grow distributed networking capabilities quickly, this is enough reason to consider the adoption of SD-WAN.

SD-WAN is a networking technology that uses smart routing to improve the flexibility and intelligence of wide-area networks by directly connecting sites to the internet via commodity broadband links.

Unlike typical WANs that are single service, SD-WAN adds an extra component on top, introducing an overlay to the existing WAN connection, the underlay. Because the SD-WAN encryption can conceal viruses, allowing them to pass an anti-virus check, the software is more susceptible to bugs and glitches.

Troubleshooting is also made more difficult because of the overlay and underlay that most likely come from different vendors.

Some of the benefits of SD-WAN include visibility, scalability, high performance, and global availability. SD-WAN can be put into place very quickly and also be increased and reduced according to requirements.

The biggest advantage of SD-WAN however, is its affordability, especially compared to MLPS. It is also easily upgradeable, without requiring any changes to the network of the infrastructure.

Another huge selling point of the SD-WAN is its security. It is perfect for businesses that need a network system that can integrate security, policy and performance in one solution. SD-WAN ensures unified secure connectivity, at the same time offering end to end encryption both across the WAN and over the internet.

In cost, security, performance and flexibility, SD-WAN takes the cake and is quickly becoming the preferred choice for many. This does not mean however that SD-WAN is a replacement for MPLS.

Determining the best connectivity boils to many variables, such as the geographic spread between branches, compliance requirements, operating budget, flexibility needs and of course, security.

Improve Your Customer Communication With SMS

What Is An EDI Mapping Actually Needed For?

Improve Your Customer Communication With SMS

What Is An EDI Mapping Actually Needed For?

Most Important Skills Required To Become A Successful Business Manager

As A Business Owner, Why Hire An AdWords Consulting Firm?