Reasons To Invest In Bitcoin 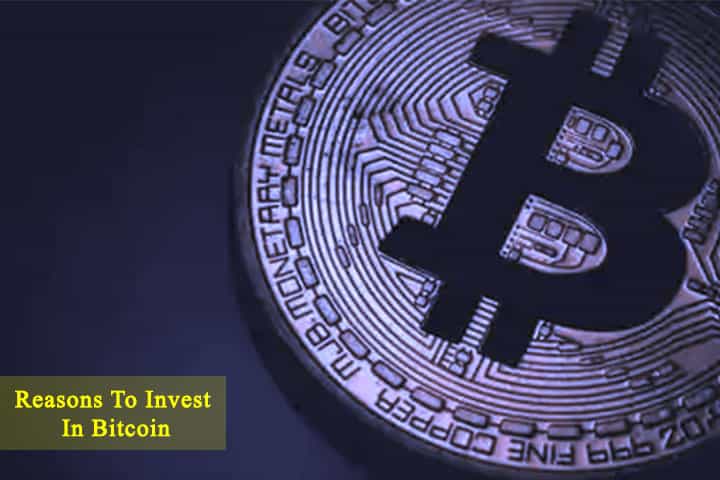 There is no denying that Bitcoin has played a big role in the world of cryptocurrency. There are people that become millionaires overnight because of investing in Bitcoin. One might easily assume that the train has already left the station but that is not true by any stretch of the imagination. There are still a couple of reasons why you should be investing in Bitcoin in 2020 and we’re going to highlight some of them.

Even though it has been around for a couple of years now, Bitcoin is a fairly new asset class compared to those that have existed before. This means that it is a new opportunity for an investor to diversify their portfolio. Bitcoin has been gaining momentum as its own class of investment and you don’t want to miss out on the opportunity to invest in the new phenomena. There are companies that are starting to take institutional investing in Bitcoin mainstream.

Compared to other cryptocurrencies, Bitcoin has the highest adoption rate. There are people who even think that Bitcoin and crypto are one and the same yet they mean two different things. More stores and online platforms have decided to take Bitcoin as a form of payment and it will only be a matter of time before it fully goes mainstream.

It is not always easy to impress big names as far as investment instruments are concerned but they’ve shown optimism with the adoption of Bitcoin. There are also big names that have decided to invest in Bitcoin. In Russia, the Central Bank is looking at ways of integrating Bitcoin into their financial systems. Since the big names have expressed enthusiasm in the crypto, it is only a matter of time before it is widely accepted as a currency and as an investment currency.

There is no centralized payment system when it comes to Bitcoin. Every transaction is independent of each other and there is no middleman involved. This means that there are no transaction charges whenever you’re sending or receiving money. There are wallets when you can deposit or withdraw money 24/7 without having to wait for the transactions to be approved by an intermediary. It is easy to trade at any time of day or night and can speculate based on the movements in the market.

Bitcoin has been touted to provide the fastest transaction when it comes to currency. It also has the lowest fees compared to visas and other forms of payment. This is made possible by the lighting network. All the details about the transaction are recorded on the Bitcoin Blockchain. This ensures unparalleled security and you can be assured of seamless transactions. To get a better idea of how the transactions work, you can check out bitcoin billionaire review here.

Anyone who has been following Bitcoin for a while now knows that it is not static. The developers are always working on ways to improve scalability and security. When looking at Bitcoin, the lighting network has to be one of the revolutionary technologies in the 21st century.

The Future is Here

The federal government has been exploring options on regulating crypto and bitcoin is at the forefront of this discussion. For laws to be passed on the crypto, it means it is of significance. If you think that Bitcoin was just a fad, you’re mistaken. It is currently being used to power some of the biggest platforms in the world and you can be assured that it is here to stay no matter what people say about it.

It will reach a point where there will be no more Bitcoins to be discovered. There are approximately 21 million Bitcoins in total and 17 million have already been minded. This makes Bitcoin such a rare currency yet there is rising demand. Which begs the question, what will happen when all Bitcoins have been mined? There is likely to be a rise in demand which will mean an increase in prices of the commodity.

Become Part of the Revolution

You have the opportunity to be on the right side of history. You don’t have to invest a lot of money. Just like any other type of investment, you should invest money that you’re ready to lose. The volatility of the crypto market means that you can make fortunes in a short period or lose everything entirely because of a series of bad decisions.