New Ecosystems That Respond To Different Ways Of Communicating 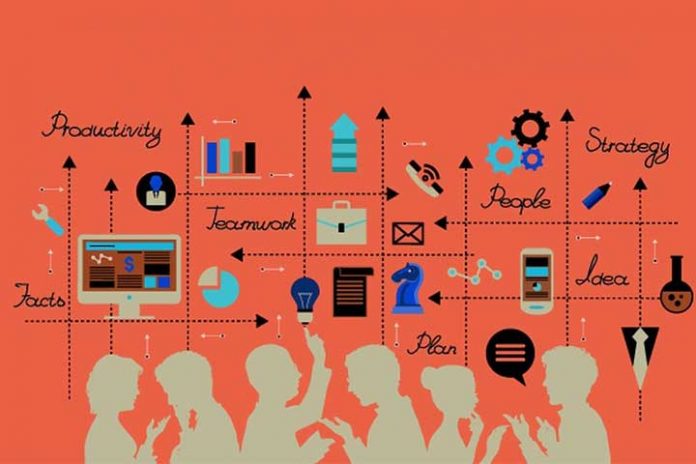 We are experiencing one of the beginnings of the most unstable years of the last decade, where economic data does not accompany a sector that is linked, even excessively, to the economy and consumption.

From my point of view, the advertising sector, with all its agents, will survive to a lesser or greater degree, depending on how we all detach ourselves from the traditional models and approach and base ourselves on the digital model. I am not talking about multimedia models, which are in force and are currently valid, but about the ability to create new ecosystems that respond to different ways of communicating. The only way is to do things from a different prism and contemplate other ways of communicating. To do this, and although it seems trite, we must know our consumers more than ever, and in this way eliminate the “elusive” variable from our equation since it is increasingly challenging to impact them efficiently.

Traditional media have already taken that step in 2020 (some even earlier). In addition to recurring conventional advertising revenue, they are embarking on new value propositions, either by opening paywalls in the digital press or creating and empowering digital media platforms for part of the generalist televisions. For the most traditional media, it is increasingly challenging to incorporate new advertisers or increase prices, the only ways until recently to grow in a more or less finite market, so the creation of new income channels seems necessary in this convulsed 2021.

We already have some more visionary players who understand this new paradigm and have created unique ecosystems or taken advantage of exciting symbiosis. Mediaset and Be a Lion, to seek opportunities in social media; Antena 3 and Human to Human, with the task of leading the influencer marketing market; and Wemyss and Alayans Media with the firm intention of uniting and commercializing audiences of the digital print media.

All this leads us to work on a new model where not only will multimedia actions be considered, but we will also face our own and broader cross-business models that will provide us with more excellent coverage and affinity, both in conventional targets and in niches much more challenging to find. Impact.

As soon as we want to understand this sector, we know that the recovery forecast for some media will take place beyond May (if we talk about mass coverage media) and for the last quarter, if we refer to those media that go more linked to the restrictions caused by COVID, such as the Cinema medium and some foreign environments.

The novelty that will bring us this 2021 or at the latest at the beginning of the year 2022 is the transposition by the Government of Spain of the Directive of the European Union 2018/1808 regarding the provision of audiovisual communication, where substantial changes will be addressed concerning to the protection of minors, redesign of the catalogue of events of general interest and television advertising.

In addition, in the radio medium, after the limitations of the new Royal Decree of 2020 to regulate audiovisual advertising of online gambling and games of chance, we will find a further restriction in the activity of alcoholic beverages.

According to EGM, critical data to consider this year is the penetration of streaming video platforms, which went from 54.8% to 64.8% in just one year, exceeding the 26 million individuals who enjoy these services.

In return, the generalist televisions are betting on their platforms to counteract and impulse of Addressable TV. Movistar thus leads the new ecosystem, being able to carry out audience segmentation based on household information and different consumer profiles within each of its channels.

The paper crisis has worsened even more in this pandemic period, and the digital part has not cushioned the income lost from paper.

2021 could be said that it would be the year of consolidation of everything that they are digitizing, from their audiences to marketing or obtaining other income.

Payment walls are no longer taboo, both for the media themselves and for the consumer. The first is beginning to see profitability, and the second is that the investment is worth it to receive better and more information.

In addition, this information that they can collect from their subscribers will help them advance and consolidate the digital advertising model together with their market places, allowing the market to reach the audiences they require, given the difficulty that it will require from here on. ahead, due to the disappearance of digital cookies. On the other hand, it will also help them monetize through different business models other than advertising since consumer knowledge can help them enter other businesses such as e-commerce.

News of the digital medium

As we have seen since its birth, it is the one that most energizes each year and the one that brings us the most surprises. We should ask ourselves whether it has ceased to be a medium in itself to be a channel through which the rest of the media communicate.

The Google rate, the code on the use of influencers in advertising and the farewell to cookies (cookieless), among others, will make the medium par excellence in generating those new ecosystems that we are talking about, that reinvention also lives. We look forward to it.

And among all this upheaval, we find that the European Union is behind the technology giants to force them to share their clients’ data with their smaller competition, as marked by the draft of the new Digital Services law…

Possibly with Facebook, we also have something new. The Federal Trade Commission and 46 states of the United States have denounced the company and asked to separate WhatsApp and Instagram since, according to their demand, it does not comply with free-market rules.

News from the medium cinema

Reinvention and innovation will be the constant in 2021 to get out of the current crisis and face the new future. Video streaming platforms have taken the lead in recent times by increasing the number of subscribers and even releasing classic movies from the big screen on their platforms. We have the example of Disney + with Mulan, which continues to be the spearhead of what we will find in the coming months. Releases that were usually produced in theatres, we could see them on Movistar, Netflix or some other that is about to appear, and that will close the circle of OTTs.

News from the outside environment

We find new forms of mobility, new habits and an increase in the desire to be on the street. Large cities such as Madrid or Barcelona have had large concentrations of the population on the roads, especially in periods of perimeter confinement. Although it is evident that there has been a change, both in the mobility flows and in the type of audience, we see how this results in a decrease in OTS and therefore to a reduction in GRPS; however, it grants an increase in coverage: there are a more significant number of different people fewer times. Teleworking and the change in certain routines affect repetition, but in the same way, it promotes mobility at other times.

Faced with this situation, the digital unit of the medium will take advantage of its flexibility and agility to activate campaigns based on different contexts. With this digitization and its function as a fifth screen, we will see a greater irruption of the programmatic. The exterior as a fifth screen is already a fact. Cross channel campaigns integrated through the same purchase format will allow us a joint analysis, planning and evaluation, as we have not seen until now, integrating the physical space with the online environment.