Axie Infinity — Is It Worth It To Invest In Axie? 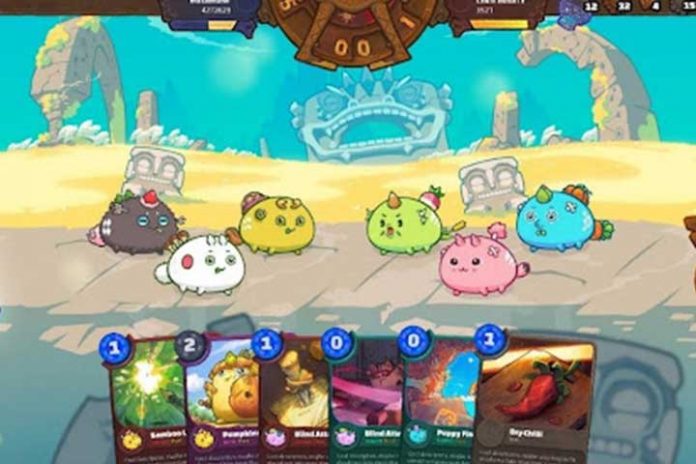 While cryptocurrency has existed since 2009, emerging forms like NFTs have introduced new ways to partake in the industry. An NFT or Non-Fungible Token is a digital asset that is entirely unique and cannot be replaced. This can be in the form of an image, a video, a music file, or even a Tweet.

As of November 2021, more than a billion U.S. dollars have been spent on purchasing NFT art. This does not include NFT games, of which Axie Infinity is one.

What is Axie Infinity?

Axie Infinity is a play-to-earn video game that has earned people more money than any other NFT-based game. Like most NFT games, Axie uses blockchain technology to keep track of purchases, ownership, and other information relevant to players. The game is situated in a Pokemon-inspired universe where players battle, raise, and trade creatures called “Axies.”

As a player, your goal is to win battles and produce new Axies. Each Axie is an NFT, making it unique and valuable. This mechanism allows players to sell their Axie to other players. The game was released by Sky Mavis in 2018 and continues to develop new features and balancing updates.

What are the Pros and Cons of Axie Infinity?

While Axie is considered the most successful of NFT-based video games, there are still a lot of questions concerning its longevity and security.

How Does It Work?

If you are interested in joining the Axie community or investing in Axie, you should understand how it works.

An Axie is a creature you own. You are required to have three Axies to start playing, and a common starting strategy is to have one defender and two attackers.

There are a limited number of Axies in existence, and the only way to create more is to breed them. At the time of writing, more than 400,000 Axies are for sale in the Axie Marketplace.

A battle involves two parties—either a player versus another player or a player versus AI— taking turns and choosing from a set of actions presented as cards. An Axie has statistics that affect its performance in battle. These include HP, Morale, Skill, and Speed, all based on an Axie’s class and body parts.

Meanwhile, an Axie’s class is comparable to a Pokémon’s type. These different characteristics determine its role in PvE (Player vs. Environment) and PvP (Player vs. Player) battles. If you win in either of these, you receive Smooth Love Potions (SLP), which can be traded in exchange for Ethereum.

AXS (Axie Infinity Shards) and SLP are the two currencies in Axie infinity. They are both cryptocurrency tokens.

AXS is used for breeding and staking. Axie Infinity launched a functionality in September called staking, which the developers described as “a way for us to reward our community members for having a long term mindset and locking up their AXS tokens.” You obtain AXS by buying it or ranking high on the PVP leaderboards.

SLP is used for breeding, participating in events, and buying helpful items. You obtain SLP by winning battles in-game. SLP amount is continually earned but is also “burned” every time an Axie is created.

Breeding can result in rarer or more powerful Axies. Each Axie can be bred up to seven times. Every time you breed an Axie, its cost for breeding goes up.

The Axie Marketplace is accessible for viewing to the public, but you need to have an account to purchase and sell. This is where players sell Axies, land plots, and items.

Inside the Axie Infinity Community emerged a micro-economy based on two roles: Managers and Scholars. Managers are usually experienced Axie players who lend out their Axie teams to new players called Scholars. These Scholars use these teams to play the game, earning SLP and other loot that they share with their Manager.

AXS and SLP are valuable currencies, with SLP the preferable token to convert to Ethereum because it is easier to obtain. However, plots of land and in-game items are also another way to invest in Axie. For example, a user in early 2021 spent about US$ 1.5 million on nine plots of land. At that point, it was the largest NFT sale in history.

Overall, investing in Axie Infinity is worth it if you are armed with a good understanding of the game and a realistic expectation of its results. Axie Infinity is seen as a pioneer in blockchain development, especially with its play-to-earn model.

While knowledge of cryptocurrency might not be helpful in-game, it is undoubtedly essential to fully take advantage of how the game operates, especially when converting to and from Ethereum.

Big risks like hackers, phishing, and server issues can delete extremely valuable information from users’ accounts, so ensure the security of your passwords and keys. Aside from investing money, you will also have to invest your time, especially if you are a scholar.