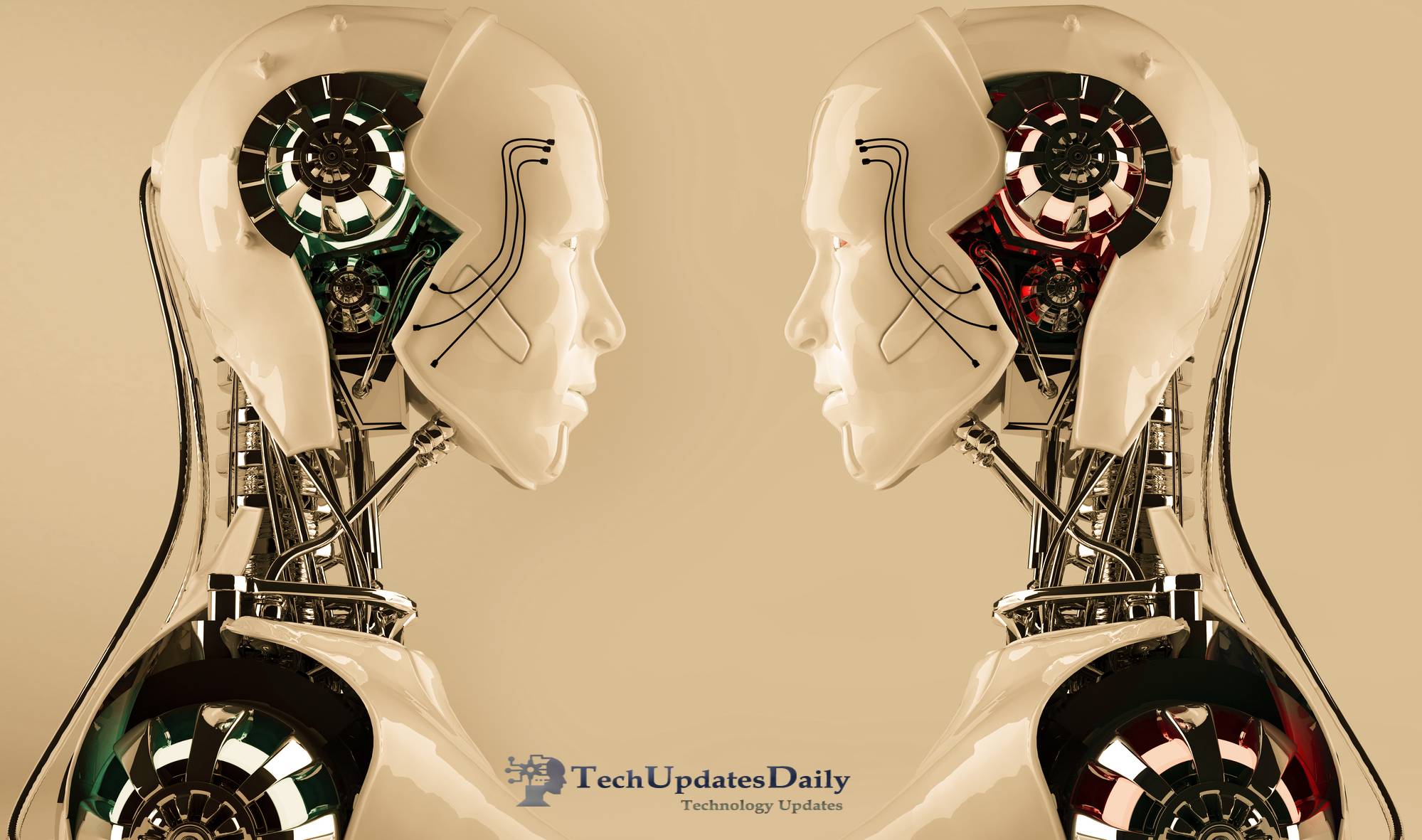 What Is Artificial Intelligence?

The Artificial Intelligence (AI) is the development of machines or Robots which have the same capabilities that the human being has.Simply it means that combining human intelligence with artificial robots. A technology that is still distant and mysterious to us.here we discuss the artificial intelligence-types,applications and risks

Artificial intelligence was born in a meeting held in the summer of 1956 in Dartmouth (United States) in which those who later were the main investigators of the area participated. For the preparation of the meeting, J. McCarthy, M. Minsky, N. Rochester and CE Shannon wrote a proposal in which the term “artificial intelligence” appears for the first time. It seems that this name was given at the request of J. McCarthy.

Already in the new century and after important technological advances, the multinational IBM developed a supercomputer called Watson, which won three times the game of Jeopardy (television knowledge contest) to two of its top champions.

At present,the development of Internet of Things(IoT) also leads to progress in AI. Artificial Intelligence has not only revolutionized the business world, but also the social sphere, with applications ranging from rapid cancer detection to the fight against Amazon deforestation.

The Four Types of Artificial Intelligence That You Should Know:

There are four types of artificial intelligence types . The classification proposes a generalized vision of advances in Artificial Intelligence (AI) research. It is a kind of consensus that concludes that intelligent and sensitive machines are getting closer.

The basic type of Artificial Intelligence (AI) systems are purely reactive. They don’t even have the capacity to form memories and they cannot use past experiences on which to base current decisions .

Deep Blue was a supercomputer created by IBM. He was able to beat chess the great international master Garry Kasparov . It happened in the late 1990s and is the perfect example of this type of machine.
He can identify the pieces on a chess board and know how each one moves. You can make predictions about the best movements and choose the best of all possibilities.
But he has no concept of the past. He also has no memories of what has happened before. Apart from a chess rule, Deep Blue ignores everything before the present moment. All he does is focus the pieces of the board in real time and choose between the following possible movements.

Our Science experts said that, “Man is very much dependent on technology and become a slave to it to solve complex problems and tasks that have greater value”.

The Type II machine handles that can look into the past. Autonomous vehicles already do something similar. For example, they observe the speed and direction of other cars. For them to work like this, you have to identify specific objects and monitor them over time.

Let’s say these observations are added to the preprogrammed representations for the memory of these cars. Lane marks, traffic lights and other important elements, such as road curves, are included.

Experiences are also added, such as when the car decides when to change lanes to avoid interrupting another driver or being hit by a nearby car.

But these simple pieces of information about the past are only transitory. They are not saved as part of the car experience library. In these types of artificial intelligence, the machine cannot compile the experience for years, as a human does.

We reach a point where we get closer to the types of artificial intelligence that we want in the future. The machines of the following class are more advanced. They not only form representations about the world, but also about other agents or entities.

In psychology, this is called ‘theory of mind’. It implies the understanding that people, creatures and objects in the world may have thoughts and emotions that affect their own behavior. This is crucial to the way in which humans form societies, because it allows us social interaction .

If the machines are going to be among us, they should have an understanding of how we think and how we feel. They must also come to know what we expect and how we want to be treated. They will have to adjust their behavior accordingly.

The final step in the development of AI is to build systems that can form representations of themselves. Ultimately, AI researchers will have to understand not only consciousness, but also build machines that have it.

Conscious beings are aware of themselves, know their internal states and can predict the feelings of others. We are likely to be far from creating machines that are self – aware . However, efforts focus on understanding memory, learning and the ability to base decisions on past experiences. In the words of experts, “perhaps the pending subject of artificial intelligence is personality, features that make each of the systems with which we interact in our day-to-day life unique.”

This is an important step to understanding human intelligence for itself. It is crucial to design or develop machines that are more exceptional to classify what they see in front of them.

The four types of artificial intelligence give an idea about the intentions that man has about the future of the machine. We may be far from the self-conscious AI. However, it is clear that this is what is ultimately pursued.

What Are The Risks That Artificial Intelligence Brings?

Although in some aspects of life the presence of artificial intelligence has many benefits, some experts believe that it can generate new risks.

1)The finance market is the most vulnerable, as the ability to process huge amounts of data by computers can empower those who control them and this can allow them to dominate finance internationally.

2)The lack of global regulation is another problem,But perhaps the risk that worries most and can generate many problems is the loss of jobs.

3)A study published in 2015 in China reported that almost 50% of current occupations will be completely redundant in 2025 if artificial intelligence continues to transform companies in the way it is already doing.

4)Given this, experts have begun to visualize in each of the uses of artificial intelligence what the limits are or how they should be addressed to ensure that the protection of the human being is maintained.

Computer science has advanced tremendously since its inception 70 years ago. The computing power has been multiplying by two every 18 months, following Moore’s law. It is believed that, if Moore’s law is still being followed, by 2030 the calculation capacity of a processor will correspond to that of a person.

The total amount of information that is stored in digital way is very high. Search engines such as Google store millions of copies of existing web pages, and company mail services accumulate our messages by millions. Social networks record what our interests and friendships are. Companies keep any information, however insignificant it may be, in case they may be of some use in the future.

Also read: Reasons To Implement An ERP System In Your Business

Remote Software Development: 5 Must Have Tools for Working Remotely

The Best Selling Mobile Phones In The World 2021

Remote Software Development: 5 Must Have Tools for Working Remotely

The Best Selling Mobile Phones In The World 2021

The Importance Of Time And Attendance Software For Your Business