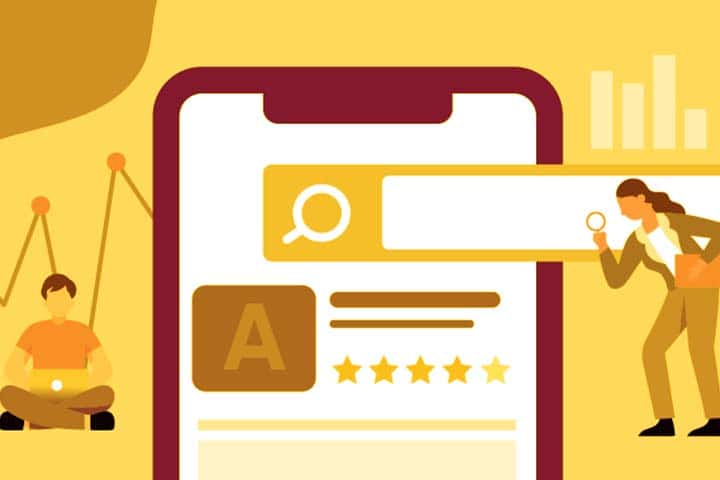 With 1,500,000 apps and counting across the Google Play Store, it becomes an arduous task to rank your app high on platforms. App Store Optimization or ASO opens wonderful avenues for your apps and games. It not only boosts your app’s discoverability but also enhances conversion rates.

As ASO is gradually gaining popularity in the industry, new app developers are prone to a few app optimization errors that may significantly impact the app’s visibility. Here is a list of common app optimization mistakes you should be aware of and avoid.

The Title Is Not Everything

Focusing too much on the title only is counter-productive. People often make the blunder of putting unnecessary keywords in the title and expecting greater visibility. However, it is far from true.

Though the title possesses a crucial role in placing your app higher, it is not the only variable. You have to understand that the potential user’s decision is not going to be based only on the title, but on evidence. In addition to the title, you have to provide the user with other substantial pieces of evidence like app previews, video, description, etc.

No single strategy is going to work everywhere. If you want to attract users from different regions, then you will have to optimize your app accordingly. Being culturally sensitive is of much importance if you want to rank your app in a few traditional or conservative regions.

You can start by providing translations for the description or remaking the demo video in the local language. When in doubt, you can always follow the trial and error method. It may undoubtedly take more effort, but in the end, it pays off.

Be Realistic With High-Volume Keywords

You need to first note down all the relevant keywords for your app. Then you will have to choose a few looking at the volume of traffic it can attract and the level of competition it has. As a new entrant, you should always try for a keyword with low to medium level of competition and average traffic volume.

Optimization Is A Process

App owners often forget that app store optimization is a process that requires a long-term effort. You just can’t expect windfall results by hiring a freelancer and optimizing your app only once. You have to be consistent with this.

Without continuous updates on the play store, your app’s popularity is bound to die. You should regularly change the graphical elements like icons and screenshots as per the local seasons and festivals.

Apps are ranked mainly on two factors – the number of downloads and positive reviews. While the former should be generic, you can manage the latter. While buying app store reviews, you need to remember that the source should be genuine, and the reviews need to come from humans, not bots.

Change Is The Only Constant

Like the world, the apps ecosystem is also dynamic. App Store & Google Play regularly come with updates and changes. You have to adapt your app with the changing environment, features, and algorithms.

In addition to the change in the platforms, you need to be updated about the changes made by your peers as well. While we don’t recommend fixing your competitor’s app as the only yardstick, ignoring them completely may cost you dearly.

Product Is The Lifeblood

Too much stress on optimization often puts the product on the backseat. App owners often mistakenly think that only optimization can help them bring users. While it is an excellent tool for the popularization of your app, you should never undervalue the importance of a good product.

Just getting downloaded on the user’s smartphone should not be the target. You will have to remember that your aim is not to win the battle but the war. So, do not hesitate to make an effort to design a tremendous product and give the user an enjoyable experience.

Improvement In Employment In The Services Sector